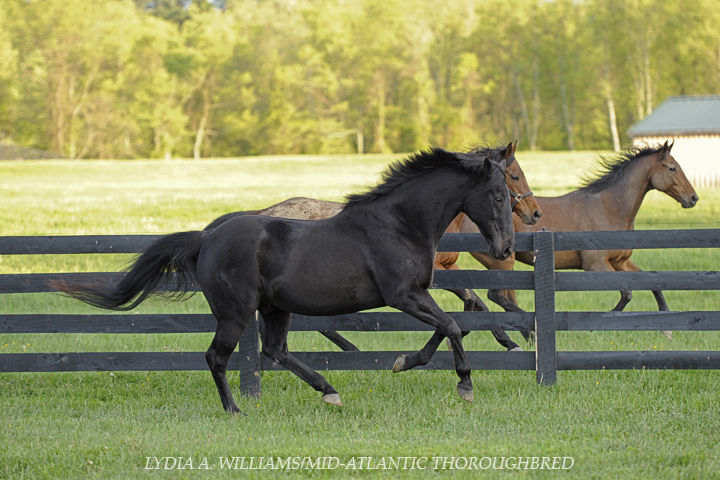 “I could have a child give him a bath or groom him. He stands still, doesn’t move. This horse loves loves, loves the attention.”

Mary McGlothlin is talking about Chilito–but no one who knew the horse during his racing career would have dreamed such a statement could or would ever apply to him. In fact, the word “savage” had been used to describe the horse when McGlothlin first encountered him in 2001. . . and it wasn’t an exaggeration.

“I remember I was at Pimlico helping out Tommy McGivern for a few months while I was trying to decide what I was going to do with myself, and he had Chilito. He got him after he’d been kind of kicked out of the breeding shed. I’d heard numerous stories of different interactions with vets and things. He was not pleasant.”

Though the horse was retired–and a gelding–McGlothlin approached with a healthy dose of respect and caution. McGivern had the horse back in training, but when a small tendon injury was discovered he stopped immediately.

McGlothlin was admittedly “smitten” with Chilito by then and was in a position to take a horse–so McGivern gave him to her.

“I never felt threatened. He came with this bad reputation, but I never saw it there at Tommy’s. Then when I got him, I didn’t really see it.” 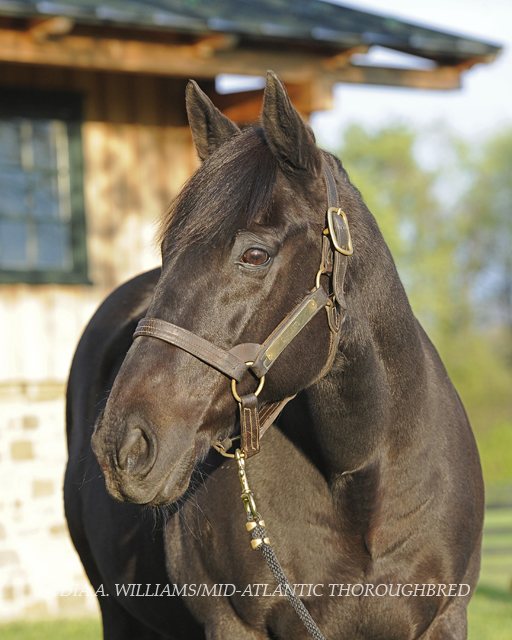 Chilito’s previous connections had seen plenty. Bred in Kentucky by Holtsinger, the son of Strawberry Road (Aus) was produced from graded stakes winner Cosmic Tiger (a daughter of Tim the Tiger). Lazy Lane Farm paid $62,000 for him at the 1996 Keeneland September yearling sale. Then farm manager Andrew Motion had the task of breaking the dark bay colt.

“Andrew said he was the toughest horse he had ever broken,” McGlothlin said. “He said he’d have to twitch him to put a rider up because he would grab them.”

Sent to Motion’s brother Graham to train, Chilito won his second start at Saratoga in 1997. Beginning his 3-year-old campaign at Gulfstream Park, he was consistent enough in allowance company to step up to the Paradise Creek Stakes.

Chilito led from wire to wire. A win in Hialeah’s Flamingo Stakes-G3 meant that Motion had his first Kentucky Derby starter. The Chilito camp celebrated, but knew things were unlikely to proceed without incident.

“She was embarrassed,” McGlothlin said. “They walked into the paddock with him behind the favorite, and he was so studdish and misbehaved so badly. She said the camera was on the favorite, so they too were on camera. She said she was thinking ‘Oh my GOD. . . !’?” 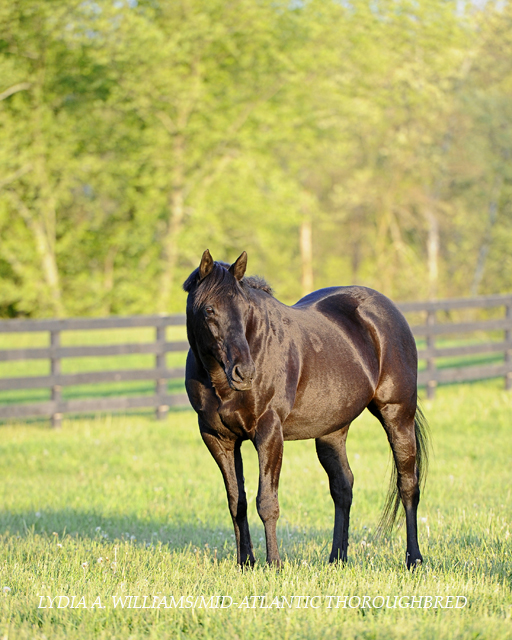 Chilito was a factor for the first 6 furlongs before finishing 11th behind Real Quiet, skipped the Preakness Stakes, finished fifth in the Jersey Derby and took another shot at Real Quiet in the Belmont. Chilito was sixth as Victory Gallop denied the Triple Crown bid by a nose.

A career at stud lasted less than a full season before McGivern took him on, got him sound after a break and gave him another crack at the races. Never better than fifth in five starts, Chilito was retired as soon as the tendon was detected. He was sound, but needed to stop being a racehorse. McGlothlin took the gift horse, and he’s been “The Dude ever since.”

“I didn’t see that happening, but I couldn’t turn it down,” said McGlothlin, a former assistant to top steeplechase trainer Jack Fisher. “I ride Bubbles; he’s ornery and I wouldn’t subject everyone to him. But my friend does ride Chilito and that keeps him going. They do get along, but Bubbles had to understand and respect Chili. Unfortunately it took a little time to realize that, but now they have figured each other out. I do have a star-studded retirement field. I adore them and am blessed to have them.”

One of the first things McGlothlin learned about Chilito when she brought him home was how much he actually enjoyed being ridden. McGivern had mentioned as much, but it still came as a pleasant surprise that didn’t necessarily jibe with the cautionary tales. Little issues were big issues at first; pulling his mane was a traumatic mission he absolutely detested.

“That was World War III for years,” said McGlothlin. “I roached it several times–it was the lesser evil. And it was thick enough for three ponies.” 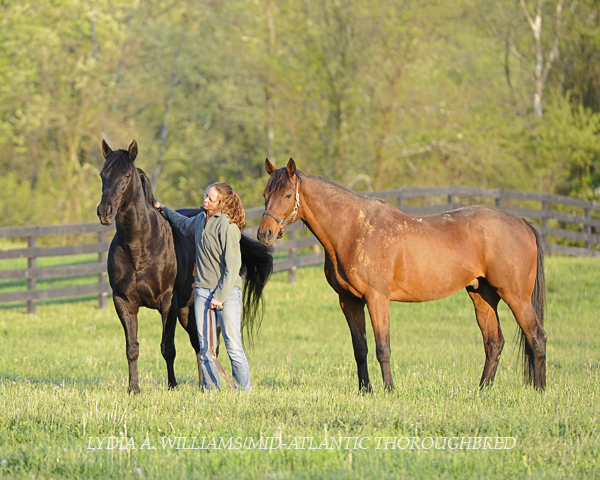 But even that ebbed as time wore on. These days, McGlothlin ponies off him and can take him anywhere. He loves his cross-country hacks. He trailers, he babysits, he’s great at teaching a bit of manners in the field. And still at this age, she says, if his fieldmates take off running, he wants to win and often does.

McGlothlin has long thought that Chilito would have been better served had he been gelded as a youngster. She believes–and perhaps few would argue–that the constant hormonal distractions and disruptive behaviors prohibited him from reaching his true potential. By the time McGivern decided to stop on him, Chilito was a graded stakes winner who had earned $210,030 and statistics of 17-4-1-2.

“It was unfortunate for him because he was a really talented horse,” McGlothlin said. “I think that his distractions really messed up any potential that he had. It was so compromising.”

Chilito may no longer breathe fire, but McGlothlin still sees occasional glimpses of the dragon he once was.

“It’s just in his demeanor. He gets this look in his eye with a couple of them who would also prefer to be the alpha horse. And I keep saying we need someone to capture this on film. He doesn’t do anything per se, but his neck arches and he completely changes. It’s not mean, but it’s like ‘Buddy, I’m the top dog now.’?”