To The Jockey Club, he’s officially Boy Done Good. To the United States Eventing Association, he’s known as Salute The Truth. To Steuart and Erin Pittman, he’s Willy. And no matter what he’s called, he’s been the cornerstone of the Pittmans’ Dodon Farm in Davidsonville, Md., since he was foaled on the property next door in 1995.

Long before that day, Steuart Pittman had a vision. The eighth generation of his family to call Dodon home, he wanted to stand a Thoroughbred stallion on the 550-acre property for the purpose of breeding sport horses. And with an assist from his former next-door neighbor, the late Felicity A.B. Stisted (affectionately referred to as “Flea”), Pittman brought his plan to fruition.

“Flea was one of my mentors and someone I most looked up to. Her children Jenny [former jockey Jennifer Stisted] and John and I grew up and went through Pony Club together. She had this beautiful mare that I fell in love with on a trail ride named Good Queen Liz. My dad had even foxhunted her a bit. She was by Sir Raleigh; she had all of this great European Sir Ivor blood. That bloodline has been so influential in sport-horse breeding. When they started putting Thoroughbred blood into their Warmbloods to make them better athletes, that’s one of the lines they used. So that was interesting to me.”

Father and son had been considering breeding horses around that time, and Good Queen Liz seemed the ideal foundation mare. Stisted had bred the mare to Maryland stallion Salutely, but she was declared not in foal.

“It was always hard to find her foals; they would be hidden under the horn of the uterus,” Pittman said. “So Flea agreed to sell Good Queen Liz to us and I was going to go pick her up. Flea said ‘Hold off, I think I felt something moving in there.’ And sure enough, she got the vet back out and the mare was pregnant to Salutely.” 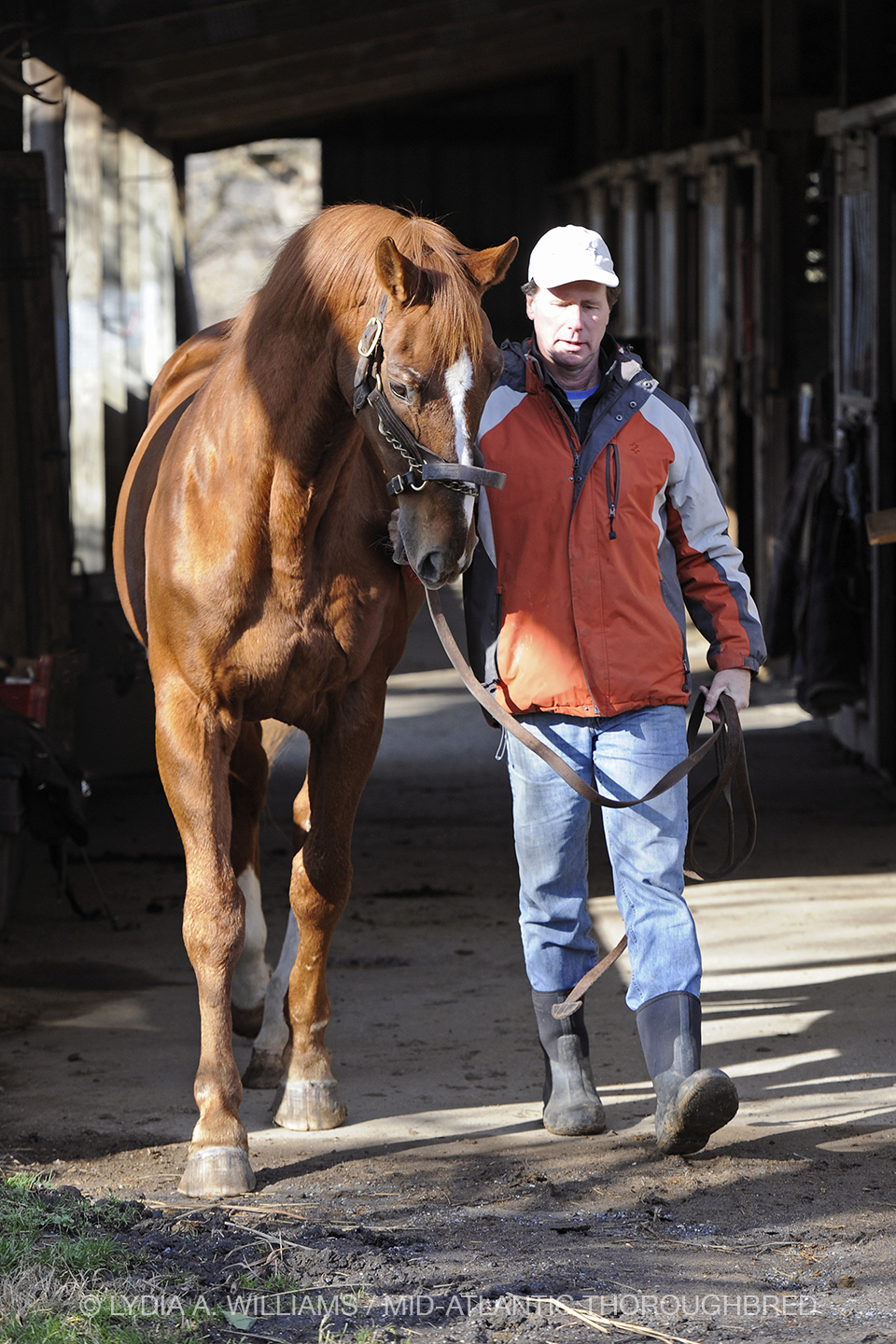 Everything about Salutely appealed to Pittman: his size, the success of his steeplechase offspring – all dovetailed perfectly with his ideal view of a sport-horse stallion. Pittman tried to buy the mare with no luck; Stisted decided to keep Good Queen Liz and race her homebred herself.

On April 30, 1995, Good Queen Liz foaled a robust chestnut colt. And over the next three years, Pittman continued his quest to one day stand the horse –whom Stisted christened Boy Done Good but nicknamed “Willy” – at Dodon Farm.

“When Willy was a yearling, Flea took him to the MHBA show at Timonium and they laughed her out of the ring because he looked like an elephant. He was just this awkward, gawky thing that didn’t even look like a Thoroughbred. And then she broke him and she would bring him over here as a 2-year-old and ride him by. He was so quiet that she could lead other horses and take the other babies out with him. She knew I wanted him, and she was teasing. She was dangling him throughout his life. Once he actually got out of her field and got in with our horses. At that point I told her possession was nine-tenths of the law.”

Willy made his racing debut as a 3-year-old at Pimlico in June 1998 with Jennifer Stisted aboard. She rode for her mother in all five of the colt’s starts, all in the maiden special ranks. Never better than second, he earned $8,830 before being sidelined by a suspensory injury that fall. Flea Stisted tried to bring him back as a 4-year-old in 1999, but was unsuccessful. His brief career on the track was inked in the books.

Pittman, meanwhile, had been watching every development with his usual keen interest.

“I saw him run the time he came second,” he said. “He came out of the gate and in about three steps he was out in front, because he had this humongous, galumphy stride. Flea had promised that if he ever got injured, he’d be mine – she’d sell him to me. She had him down at Colonial Downs and was hand-walking him. There were people who were after this horse while he was still at the racetrack. Some of my friends in eventing had seen him, and people were offering her money left and right.”

Stisted kept her word but drove a tough bargain. Pittman “paid $10,000 for a lame horse,” but his dream had finally come true. Willy headed home to stand at Dodon Farm. And Stisted had a free lifetime breeding right.
It wasn’t quite the seamless transition Pittman had expected. 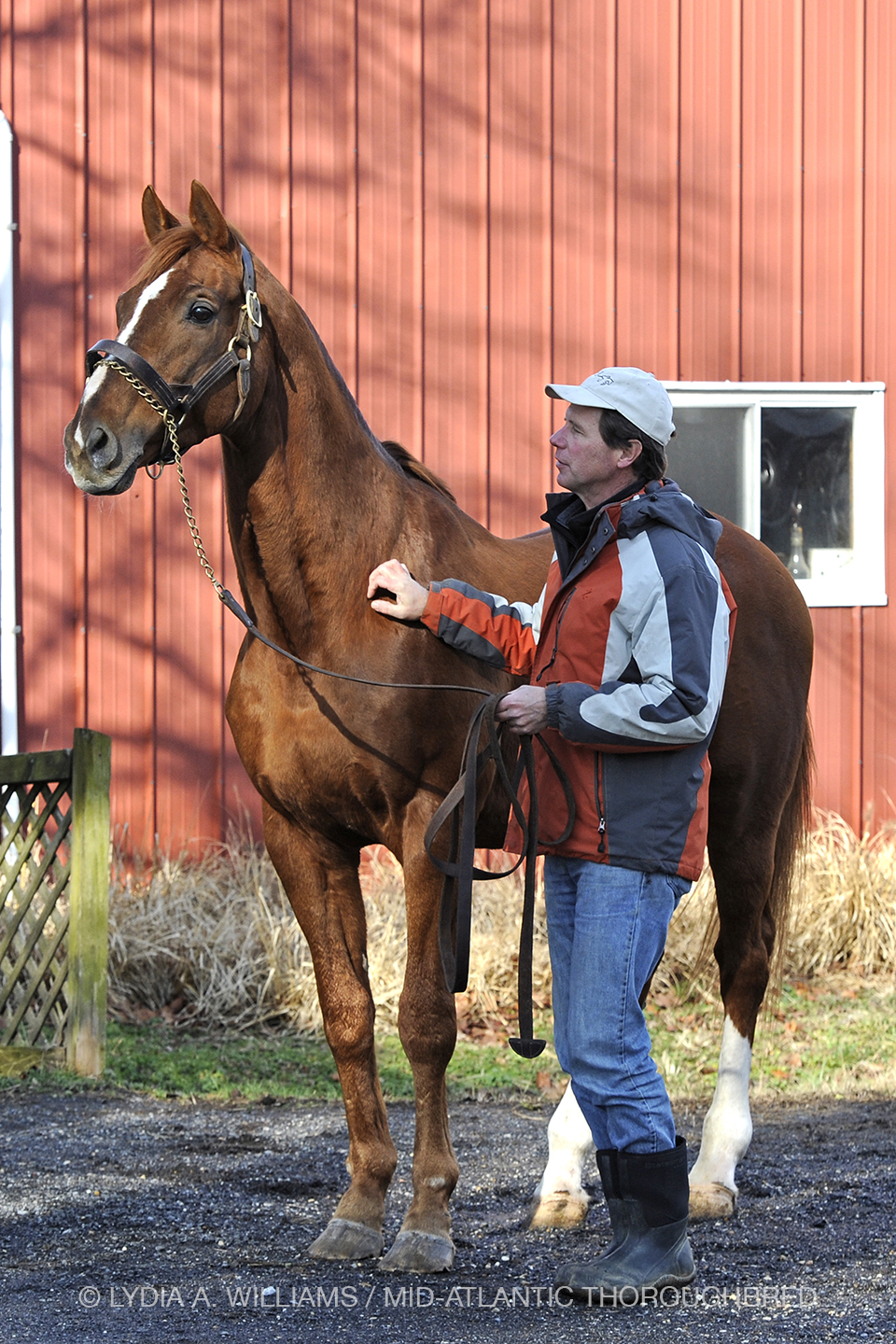 Pittman’s first order of business was to drop the horse’s Jockey Club moniker. While all resulting Thoroughbred foals do show their sire’s name listed as Boy Done Good, he was re-christened Salute The Truth as a sport horse stallion. Pittman was eager to market and promote the Salutely bloodline.

Salutely was known as much for his borderline-dangerous temperament as for his substance and athleticism, and Pittman soon found that his particular apple had not fallen terribly far from the tree.

“Willy was really nippy and would try to bite me. I got a piece of wood – like a piece of a broom handle – and I’d keep it in my hand so I could just bop at him if he tried to get me. And he loved that; he thought it was a game. It would just make him rear and get more excited.”

Pittman was admittedly concerned about competing the horse but quickly discovered that, once put to steady work, Willy settled into the job and approached it with great enthusiasm.

Within his first year, the stallion won two lower-level events and gained an interested following. He steadily climbed the ranks, enjoying more success at preliminary and intermediate levels before reaching advanced.

“I had never competed at that level and I was in a little over my head. We did the three-star at Fair Hill, and that made him the only Thoroughbred stallion to have gone advanced. And for breeders, that was a big deal because people want Thoroughbred blood and they want horses proven within the sport.

Willy’s offspring have also reached the advanced level, and at one point he was the third-ranked sire of event horses in the country. He also sired a stakes-winning steeplechase horse. Farah T Salute won three times over jumps, two in filly/mare stakes, for owner/trainer/breeder Jazz Napravnik. Out of the Christopher R. mare Farah’s Moment, Farah T Salute earned $91,700 before her retirement in 2011.

Retired from breeding after the 2015 season, Willy still displays that “I own this place” bravado. Brought out of his stall to be turned out, he roared, trumpeted and jumped around Pittman at the end of the shank. Released into a spacious paddock, the 22-year-old chestnut raced the fenceline, challenging three geldings in a nearby field – one of whom was his son.

“It’s great for my career to have a horse that took me to these levels,” Pittman said. “And he’s taught me a lot.” 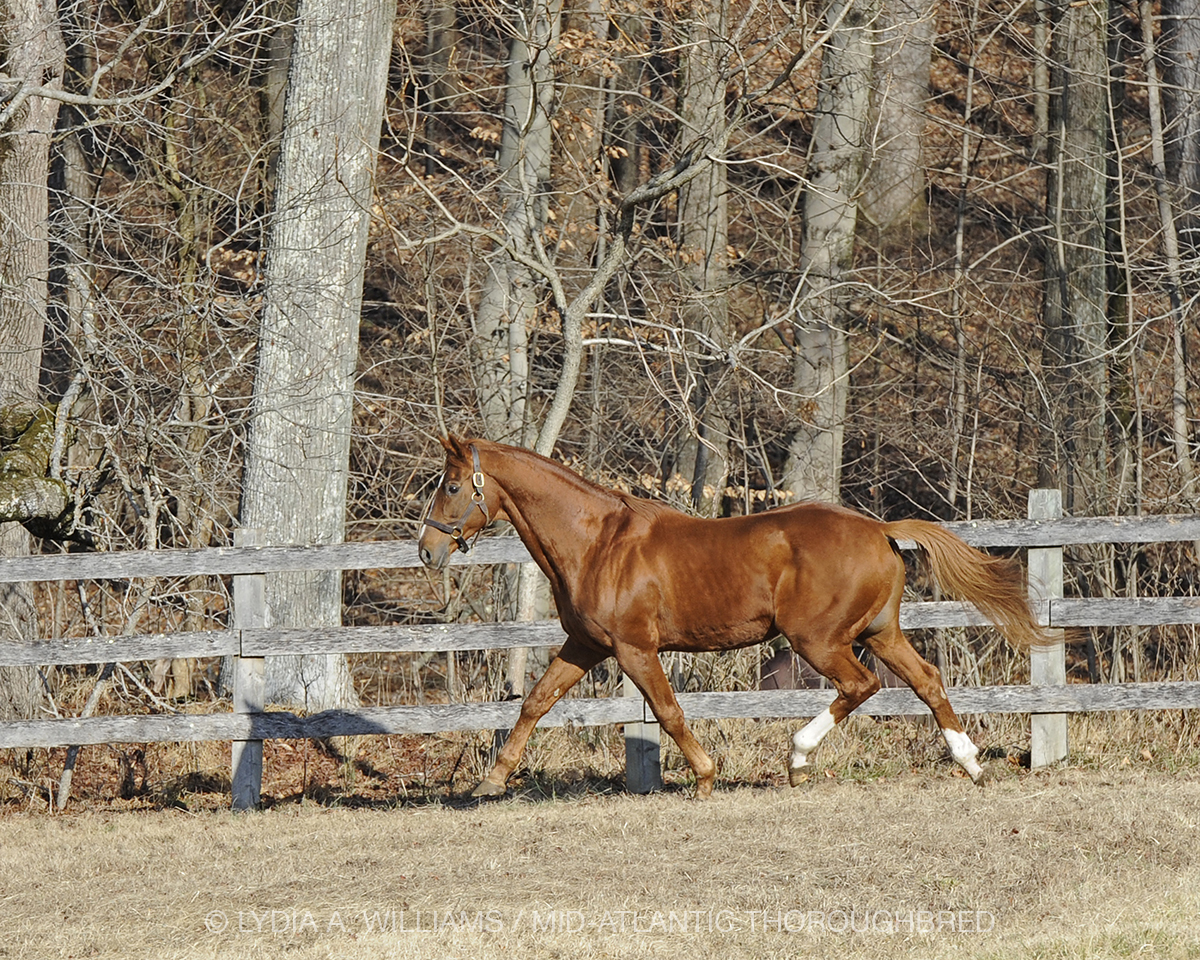