It was like ordering a drink and having the bartender ask to see your ID. General Poppy cruised around his field with such energy and animation that owner Lee McGettigan had to produce the hard proof that he is as old as she claimed – so she lifted his lip and showed his teeth. 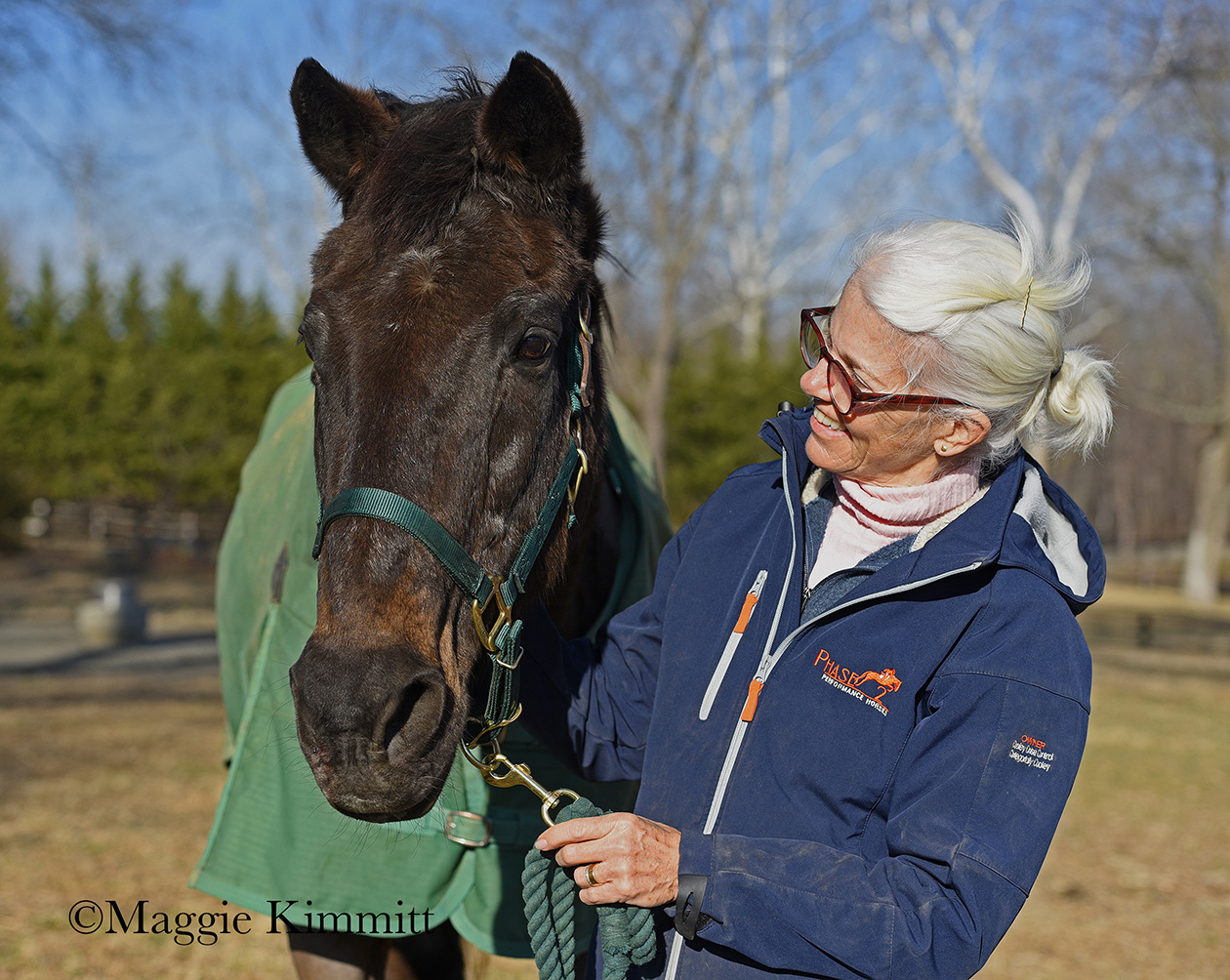 Retired on McGettigan’s farm in Marshall, Va., just outside Middleburg, General Poppy is still regarded among the area’s tightly woven foxhunting community as one of the best mounts many long-term members had ever seen. He’s also widely known for another very distinctive reason. General Poppy is one of the oldest living offspring of the legendary Secretariat.

Foaled in Kentucky on April 22, 1983, General Poppy was bred by Stonewall Farm and produced from the Poppy Jay mare Perfect Poppy. An earner of $156,019, Perfect Poppy won the 1982 Affectionately Handicap-G3 for owner Barry Schwartz.

Her bay son by the 1973 Triple Crown winner never ran to his pedigree. Winless in seven starts – he finished second twice and third once – he earned $4,425 and made his last start as a 3-year-old at Suffolk Downs in January 1986. What he did immediately afterward remains a mystery. But somehow, years later, General Poppy ended up in Virginia.

“All I know is that he was given to the hunt but did not work out for them, so then he was given to me in 1992,” said Gail Wofford, former master of the Piedmont Fox Hounds in Upperville, Va. “He was at Morven Park first, I think he had been donated to them. And then they gave him to Erskine Bedford, a legendary master in the area. After Erskine, he went to Randy Waterman, a huntsman and joint master at Piedmont. 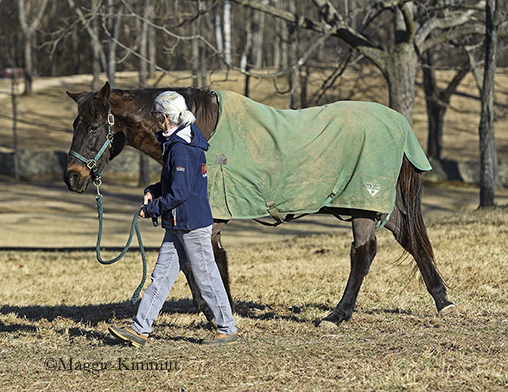 He was just too inexperienced for Randy, so then he came to me.”

Green as grass and a nervous wreck, General Poppy didn’t know how to go up and down hills or cross water. He’d get himself so worked up in his stall that he’d actually have bleeding episodes. Regardless, Wofford saw potential, so she decided to give it a year and see what she could accomplish with the bay gelding.

“I almost gave up on him, but I really liked him and knew he had a good head on his shoulders. So I just sort of took him back to ground zero.”

Wofford spent endless hours working General Poppy slowly in the field, patiently trotting fences and coaxing the horse to relax and trust her. Although admittedly “a handful for that first year,” General Poppy was a natural jumper and learned to be exceptional. Brought out as her mount to lead the field that next season, Wofford had a changed horse.

“He had a single snaffle in his mouth, and he went on a loose rein and would practically stop when I said ‘Whoa.’ He was just a lovely, lovely ride. He turned into this fabulous, special horse.”

Not long after that season started, General Poppy wowed Wofford with his talents when a sticky situation popped up in the hunt field. A horse and rider in front of them got into trouble approaching a fence, so Wofford quickly turned away from the jump, intending to circle back and make another attempt at it.

“He thought I meant for him to jump this gate off of the road,” Wofford said. “It was really high, must have been at least 5 feet. I was turning him so I could re-introduce him to the stone wall, but he just leapt into the air and jumped that huge fence. It took my breath away.”

Wofford hunted General Poppy for seven years before retiring from the field, and at that point the horse went back to Waterman’s barn at the Piedmont kennels. Waterman knew of a hunt member who was actively looking for a good horse – McGettigan.

The native of Rochester, N.Y., had relocated to the Middleburg area years before, lured primarily by its rich foxhunting culture.

McGettigan bought General Poppy in 2001 and hunted him for the next four years.

“He was magnificent to ride. It was big time, aggressive hunting. There was nothing but a first field. He was strong, but anything you wanted – he’d do it. He could jump the moon. It was thrilling to be on him because he had so much power. I was extremely lucky to get him and I didn’t even know what I had. That’s how immature I was about it all. It would be hard to have a horse measure up to him. And you know, people stillnow it’s Poppy k .”

McGettigan pulled off the tack for good in 2005 when the horse was 22. He was sound, sane and “he deserved the best life I could give him.”

As anyone in Middleburg will readily attest, that’s exactly what he’s had. Cushing’s Disease is evidenced by the long coat, and there are just a few white hairs on his face. But the bright, kind eye hasn’t changed. There’s always a buddy turned out in his pasture with him during hunting season, and afterward McGettigan brings in one of her old broodmares for company.

“He wants to be ‘The Man’ so in the summertime I turn him out with my ditzy mare Pigeon. He can boss her around, and I like him to be in that spot. I like him to get to be the alpha a little bit.”

“When I finally stopped hunting, I was so happy that he went to Lee because she has a kind heart and takes such good care of her horses. No one could be caring for him better than she does.”