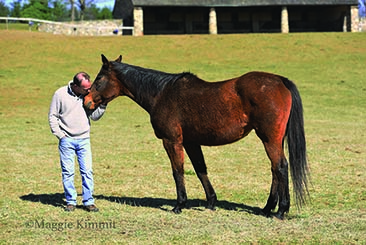 Betty Moran’s Brushwood Stable has long been a formidable force at the sales. Headline-making purchases over the years have often topped seven figures. La Affirmed, second dam of sire Sky Mesa, went to $1.9 million in 1996. Her colt by Storm Cat sold for $5.5 million at the 2001 Keeneland September sale. More recently Unrivaled Belle, now dam of leading California filly Unique Bella, was bought by Brushwood for $2.8 million in 2011, and resold for $3.8 million in 2016.

But at Keeneland November in 1997, Moran went to $1.3 million to acquire a mare who, during her racing career, had been good to her at the betting windows.

Market Booster was bred and raced by the late Walter Haefner’s famed Moyglare Stud. The former dairy farm in Maynooth, County Kildare, Ireland had fallen into disarray when Haefner purchased it in 1962. He developed it into

one of the top Thoroughbred nurseries in the world. Its iconic black, white and red silks were carried into winner’s circles internationally, including Belmont Park when Moyglare homebred Go and Go (Ire) won the Belmont Stakes-G1 in 1990. 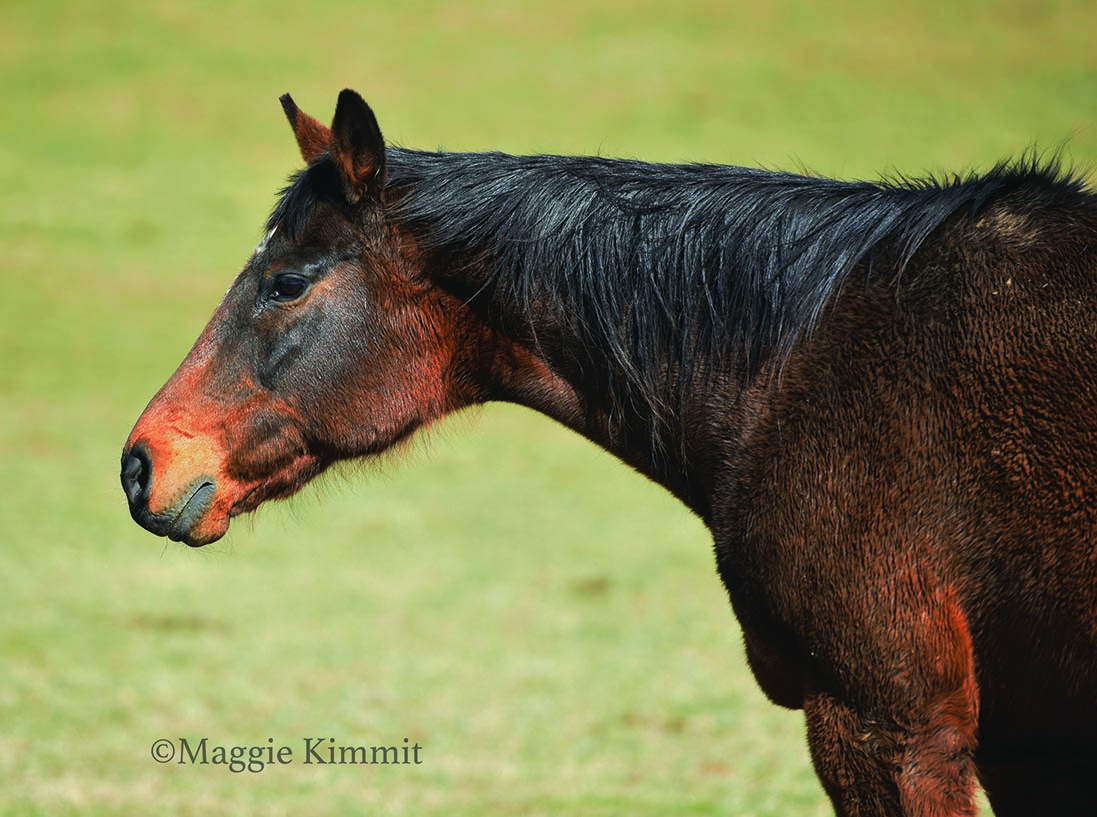 In 1989 Moyglare sent its mare Final Figure (Super Concorde) to Kentucky to be bred to Triple Crown champion Affirmed. While there, she delivered her foal by Green Dancer.

Named Market Booster, the bay filly made her debut in Ireland at Galway in 1991, winning as the favorite under Mick Kinane. Over the next three seasons, she raced throughout Europe under the tutelage of trainer Dermot Weld – all in stakes company. She enjoyed particular success at The Curragh, winning the Athasi Stakes, Group 2 Pretty Polly and Group 3 Meld over three months..

Weld sent her to Germany in 1993 where she won the Bayerisches Zuchtrennen-G1 at Munchen. Other efforts at racing’s highest level included a second to Marling (Ire) in the 1992 Irish 1,000 Guineas-G1 and two starts in France’s fabled Prix de l’Arc de Triomphe-G1 at Longchamp.

She was the highweighted older mare her 4-year-old season in both Ireland and Germany at distances from 91⁄2 to 11 furlongs.

Moyglare shipped their mare to the United States late in 1993 and she finished ninth in the Yellow Ribbon Invitational-G1 at Santa Anita that November. Shifted to the barn of D. Wayne Lukas in 1994, her results were dismal for the first half of that year.

Lukas shipped her to Belmont Park for the Sheepshead Bay Handicap-G3 in June. The East Coast apparently suited her; she won by a half-length over Irish Linnet, paying $44. After that, Lukas never sent her back to California.

More upper-case black type followed. Market Booster won the Long Island-G2 at Aqueduct and Keeneland’s Dowager and Grade 3 Bewitch Stakes. Moyglare Stud closed the book on her career after a Gulfstream Park allowance in January 1996, and she took her resume of 42-10-6-6 and $821,214 into retirement.

Sent to leading sire Nureyev that spring, Market Booster foaled a filly in 1997. Named Gloriously Bright, she made two starts for Moyglare Stud in Ireland but never broke her maiden.

Consigned by Eaton Sales at Keeneland November in 1997, Market Booster entered the ring in foal to Gone West – just one more reason Betty Moran was determined to take her home to her idyllic Brushwood in Pennsylvania.

“Mrs. Moran loved to shop – she loved to get the headlines,” said long-time Brushwood manager Brooks Adams. “She had always liked Market Booster and had always followed her. She made a little bit of money on her when she was running, so when the mare went up for auction I think she was interested in her because of that. But she knows her pedigrees; she was pretty savvy herself. She knows horses.”

Market Booster produced her last foal, a filly by Bernstein, in 2010 before transitioning into the sweet life of a Brushwood pensioner.

“Right now I’ve got four mares on a 30-acre pasture with two big sheds in it,” Adams said.

Minkie, 20, Storm Beauty (the dam of Mid-Atlantic sire Buffum), 22, and 22-year-old Layounne find it hard to keep up with Market Booster.

“She’s still running around like a 2-year-old,” Adams laughed. “She probably still beats all the horses out in the field. She’s one of the bosses. And she is the oldest. All she has to do is pin her ears an it’s like the parting of the Red Sea.”

There was no ear pinning at three visitors in March, as Market Booster awoke from a late-morning nap, spied the photographer of the trio and arranged herself just so. Like a model – maybe it was the 10 win photos she’d posed for as a racehorse – the old mare took a few steps until she was in the sun, raised her head, walked over to Adams and presented the perfect subject.

Although Betty Moran visits the barn less frequently these days, there was a time when Adams saw Brushwood’s matriarch every day.

“Early on in the beginning when I started working for her, she was here every morning looking at her yearlings, her babies, her mares. Just on through the years it was very rare that she wasn’t out here at some point during the day. She and her friends would come over and they’d have little picnics outside the broodmare Barn.

They’d just enjoy their wine and cheese and watch the mares. I’d bring some out of the field for them occasionally.”

Market Booster, not surprisingly, was always a favorite.

“We’ve had her for 20 years now, and she’s always been very easy to deal with, just lovely to be around. She’s one of the classy mares. And she’s out here living happily ever after.”