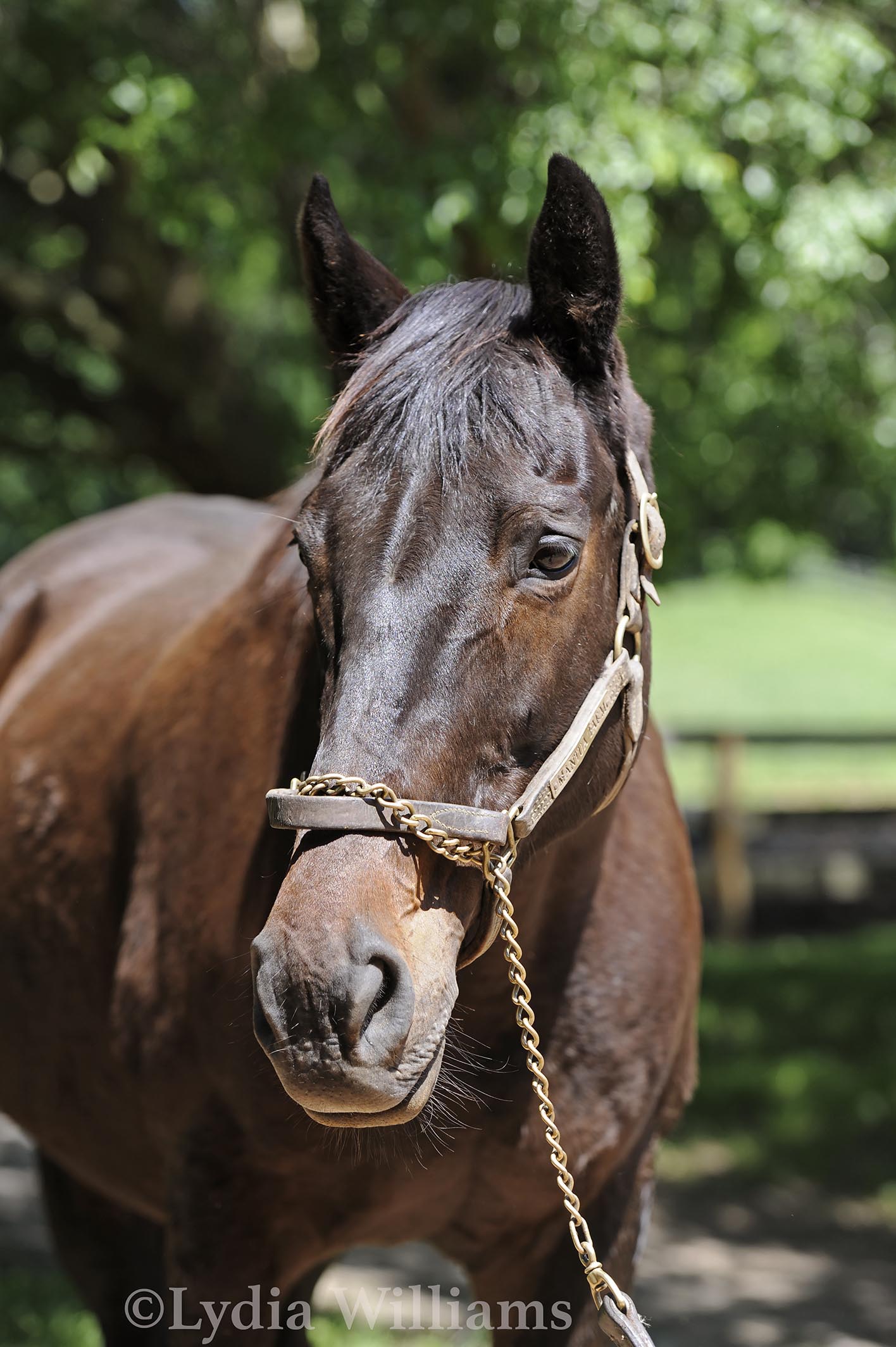 Her name is Fickle Fate. It suits her, especially considering that the pensioned broodmare leads the life she does today because trainer Ann Merryman got her wires crossed 22 years ago when she went to the Keeneland September sale in 1995 to purchase a broodmare prospect for a client.

“I used my own discretion, but it turned out he didn’t want her,” she said.

It’s not hard to understand what she saw in the Kentucky-bred filly by Majestic Light out of the Spectacular Bid mare Look.

Her second dam Tuerta (Forli – Continue by Double Jay) starred in stakes company for breeder/owner Claiborne Farm. As a 2-year-old in 1972, she won Delaware Park’s Blue Hen Stakes. She shipped to Belmont two months later and finished second in the Astarita Stakes. During her sophomore season, she was third in Saratoga’s Test-G2 and won the Long Island Handicap-G3 at Aqueduct in November 1973. A year later, she won Laurel Park’s Chrysanthemum-G3. 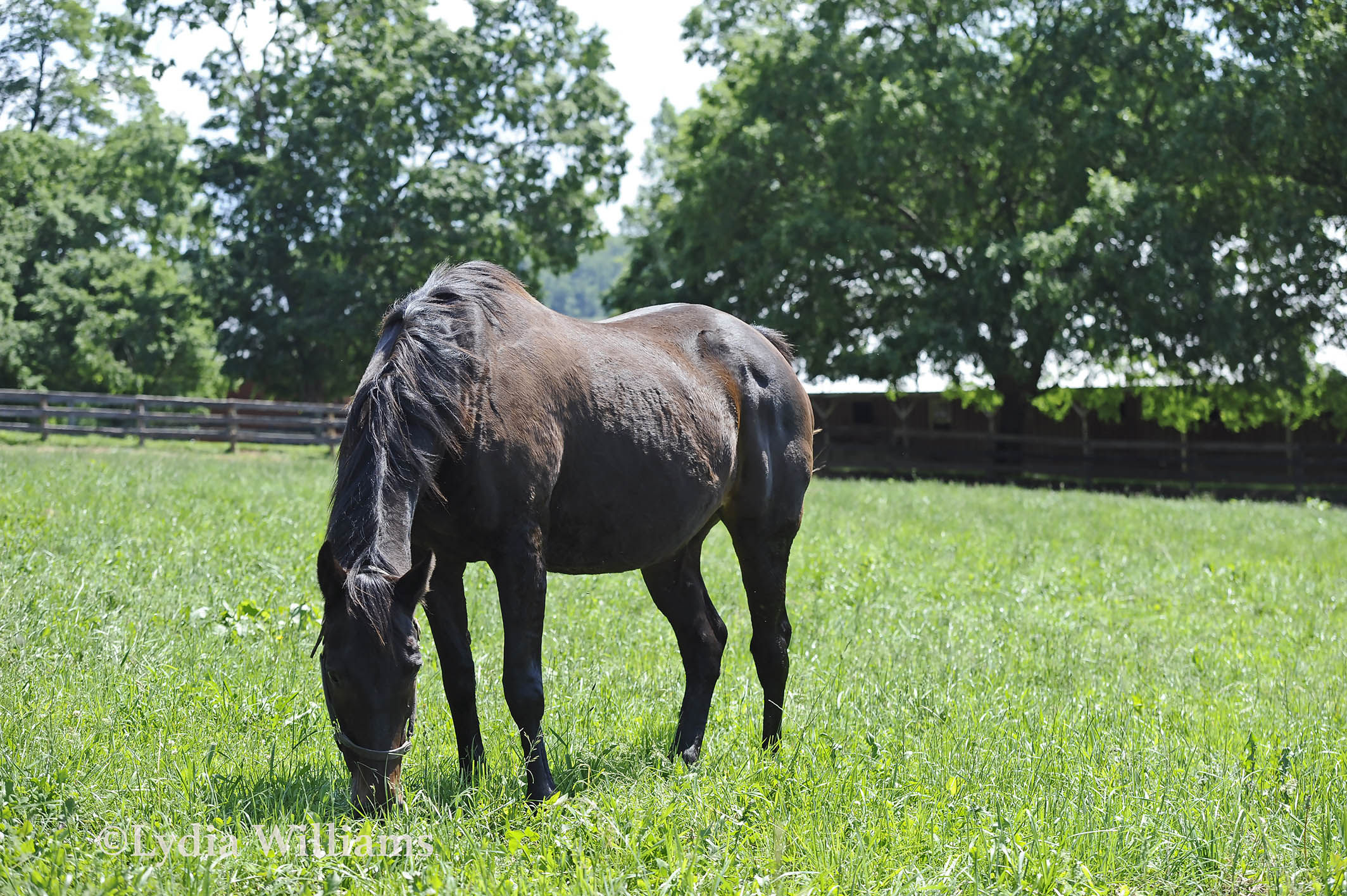 Tuerta’s grandest accomplishment was still to come, however. Bred to Seattle Slew in 1980, she produced Swale in 1981. The winner of the 1984 Florida Derby, Kentucky Derby and Belmont Stakes, Swale was Claiborne’s great hope for the future when he died of a heart attack just days after the Belmont June 17, 1984.

Despite the page, the filly wasn’t exactly what Merryman’s client had in mind, so she decided to keep the horse herself.

“I tried to sell her a couple of times. Before she ever ran, I got a lot of calls on her. She had already worked pretty darn well, and she’s relatively crooked. So I wanted probably a lot more than people wanted to pay for her. But she had already shown a little talent in the morning. You can’t blame them, because I hadn’t paid anything near what I was asking for her, but I just felt that with her pedigree and the way she had worked, she was a good value. I was reading an English novel at the time and the term ‘fickle fate’ kept coming up, so I figured I was fated to own her.”

“I got on her as a yearling. She had a big, fluid stride and I told Ann she was the real deal – you just had that feeling. But she was tough to gallop; if you even moved on her she’d tie up. She ran a few times on the dirt and then Ann put her away until the following spring. The first time I worked her on the turf, it was like ‘Oh my God, what do I have under me?’ ”

Back at the races as a 3-year-old in 1997, Fickle Fate won her sophomore debut, a maiden special going 8½ furlongs on the grass with Mario Pino. She repeated in her next start, an allowance at the same distance, again on the Pimlico lawn.

Tough and consistent in allowance company, Fickle Fate continued to pad her bank account. She won Pimlico’s Searching Stakes in 1998.

Later in the summer, Fickle Fate gave Merryman more to smile about with a score in the York at Colonial Downs and a third in Delaware Park’s Robert G. Dick Memorial. Bumped up to graded stakes ranks at the end of the year, she was fifth in Woodbine’s E.P. Taylor-G2 and ninth in the Long Island Handicap-G2 at Aqueduct. 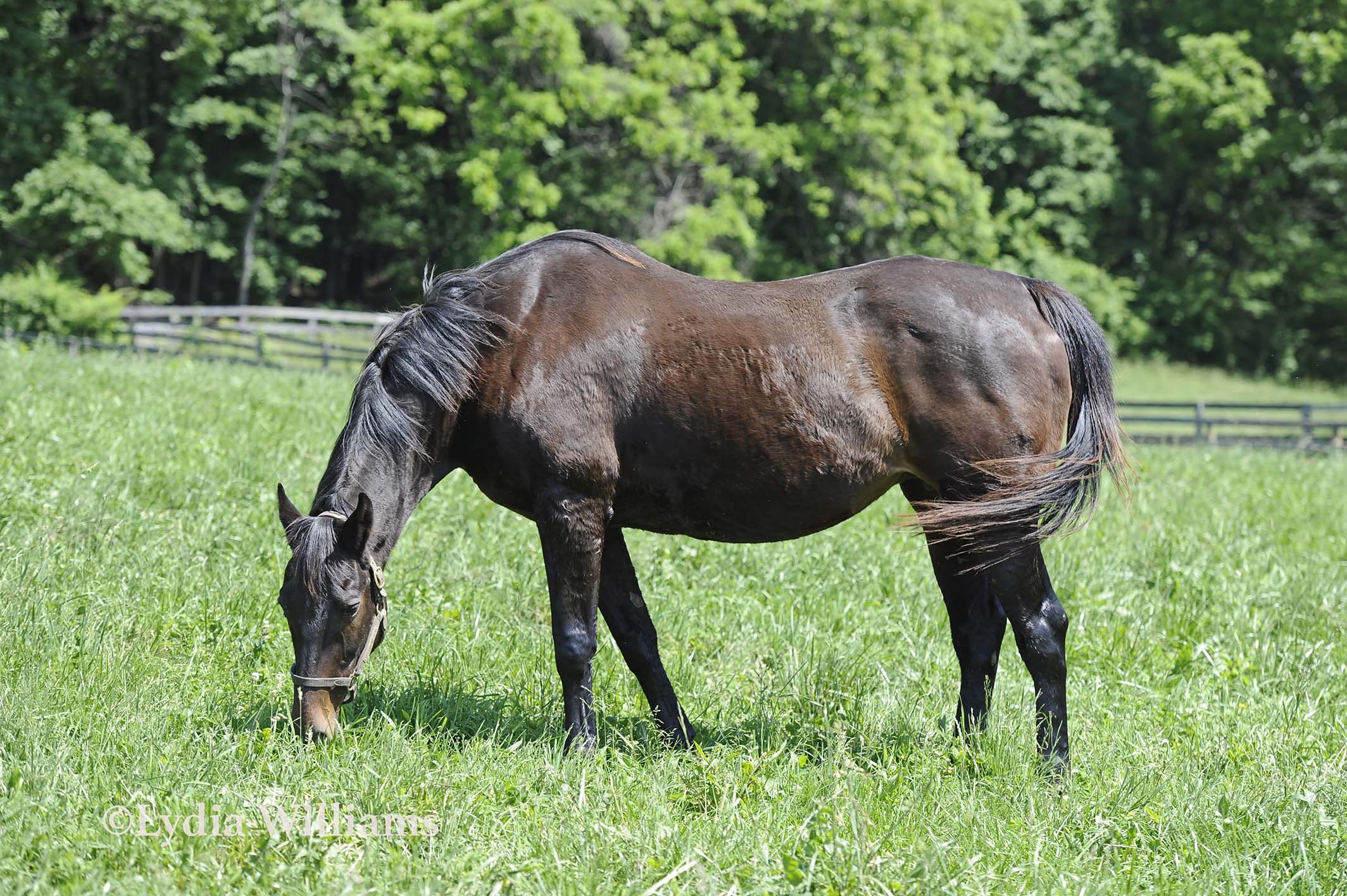 Merryman then sold half of the filly to client Robert Schaedle. They bred her to Grand Slam in 1999, sending the resulting foal, a filly, to Keeneland September in 2001 where she was purchased by Mike Pegram for $80,000.

Fickle Fate was in foal to Saint Ballado when Merryman and Schaedle decided to offer her at the 2000 Keeneland November sale. It paid off; she was purchased by G. Watts Humphrey for $475,000.

Merryman kept an eye on the horse over the years, and when she appeared in the catalog at the 2007 Keeneland January sale, she had former client Ted Mudge sign the $25,000 slip for her. Fickle Fate was on her way back to the Merryman family’s farm, The Orebanks, in Sparks, Md.

“She had done a lot for me and I was afraid she was just going to go on downhill. All the way around, I was always lucky with her. She was in foal to City Zip, which I was pretty excited about. And I felt I owed her a retirement.”

The City Zip foal proved to be a hard-luck story. When an internal mass was discovered in the colt, Merryman opted for surgery, which was unsuccessful. But Merryman rebounded with Fickle Fate’s final offspring in 2008 – a filly by Action This Day named Grant Park.

“I’m pretty liberal and that’s where Obama made his acceptance speech. I sold half of her originally to Robert Schaedle, and then eventually I sold all of her to him because I didn’t want a mare in Kentucky.”

In yet another interesting twist of, yes, fate, Grant Park’s 2-year-old colt by Mineshaft is headed to Merryman’s barn. As most of her youngsters do, he’ll spend time at The Orebanks…where his 23-year-old granddam still enjoys the retirement Merryman was so determined to provide.

“I turn all of my young horses out with Fickle Fate. She’s kind of like the grandmom and tells everyone how to behave.”

As Eggleton added, “She’s the queen of her field now.” 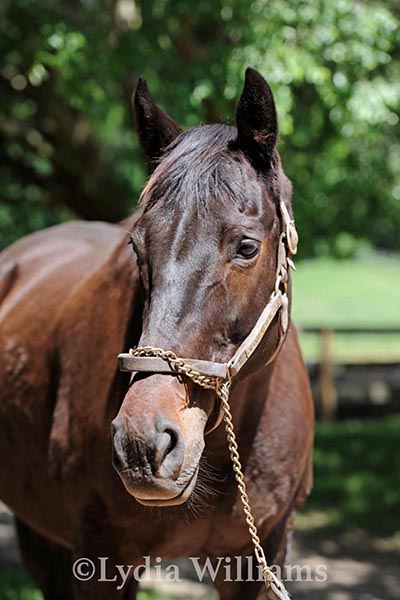