He’s Jersey-born and -raised, Jersey-raced, Jersey-owned. He was very high-profile during his career. He’s the essence of this program, really.”

Marilyn Haegele of Second Call Thoroughbred Adoption and Placement, the aftercare organization based at Monmouth Park, has an admitted soft spot for graded stakes winner Joey P. Haegele houses many of Second Call’s adoptees at her farmette in Shamong, N.J., giving them the necessary physical and mental downtime before they are phased into permanent homes.

The 17.1-hand dark bay gelding by Close Up out of the Luckey Jin Beau mare Luckey Lipco came through Second Call upon retirement at age 9 in 2011. Laurie Condurso-Lane, co-founder and director of the program, maintains an office at the Oceanport track and is constantly in the loop when trainers are looking to place horses at the conclusion of their careers. Joey P. was no stranger to the Monmouth community when breeder/owner John Petrini and trainer Ben Perkins Jr. were thinking beyond the horse’s final start. 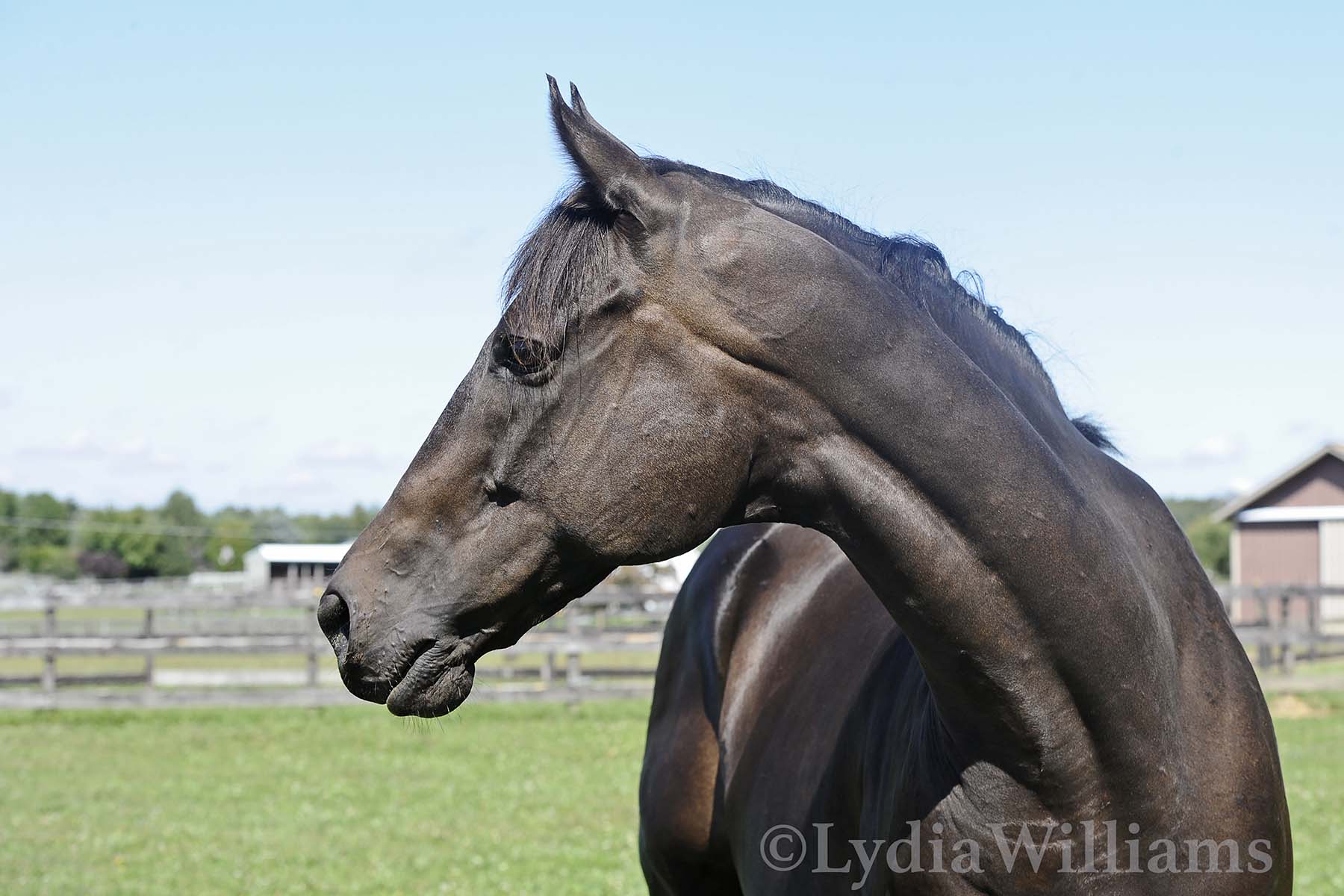 “Second Call’s president, Jane Gilbert, had always been a huge fan of Joey’s,” Haegele said. “I think she followed his career quite closely. So when he got close to retirement, she already had a line on bringing him into our program. She loves these tough old competitors – as I do.”

“Here’s a horse that did everything that was ever asked of him and then some,” Haegele said. “He ran on everything. He was fast, he ran short, and he ran a route of ground. He’d had the typical throat surgeries, he had colic surgery, and he’d been hospitalized for pneumonia. And always he’d come back and run his eyeballs out.”

But those same qualities that made him such a formidable foe on the track nearly served as a deterrent in his future placement. When he arrived at Haegele’s farm, she realized that this was not going to be a horse for just anyone. He was big, he was strong, and in his mind, he was still a racehorse. His throat issues presented another stumbling block, as further veterinary inspection revealed atrophy that could not be corrected by additional treatments or surgeries. Anyone willing to adopt him would need to be well-versed in the care and feeding of a horse with his condition.

After a brief stint in Shamong with Haegele, Joey P. was sent to a private farm in South Carolina with trainer Derek Ryan where he served as a lead pony for young horses for about a year. When his feet began to bother him, he made the trip back to New Jersey with Ryan. After much discussion, he was again to be offered for adoption, but with the caveat that he would only be placed in the perfect fit and situation.

Another factor to be considered was Joey P.’s aloof, detached demeanor. According to Haegele, he’s not one to bond with just anyone – but when that connection is made, he’s very compliant.

“For a while, we didn’t think he was eligible for adoption at all; we thought he would just become a pensioner. But then a couple of people expressed interest in him, so we thought well we’ll try – who are we do deny him a permanent home if they get along with him?”

Second Call utilizes the expertise of show-horse trainers in the region who have the client base and connections to cast out a wide net in search of suitable owners. Most compete on smaller local circuits, finding horses for riders of all experience and age brackets.

It was through one of those contacts that Myra Farr of Pughtown, Pa., found her way to Joey P. Farr, who rode strictly for pleasure, had the horse for a few years and adored him. But when illness and physical limitations prohibited her from continuing to care for him, she reached out to Haegele, and Joey P. headed back to New Jersey this past August.

“We had actually put him out of our minds because we thought it was a done deal. But then we got the call from his owner late this summer, and I felt terrible for her. It was a horrible decision to have to make. But she took fabulous care of him. He came back here looking tremendous.” 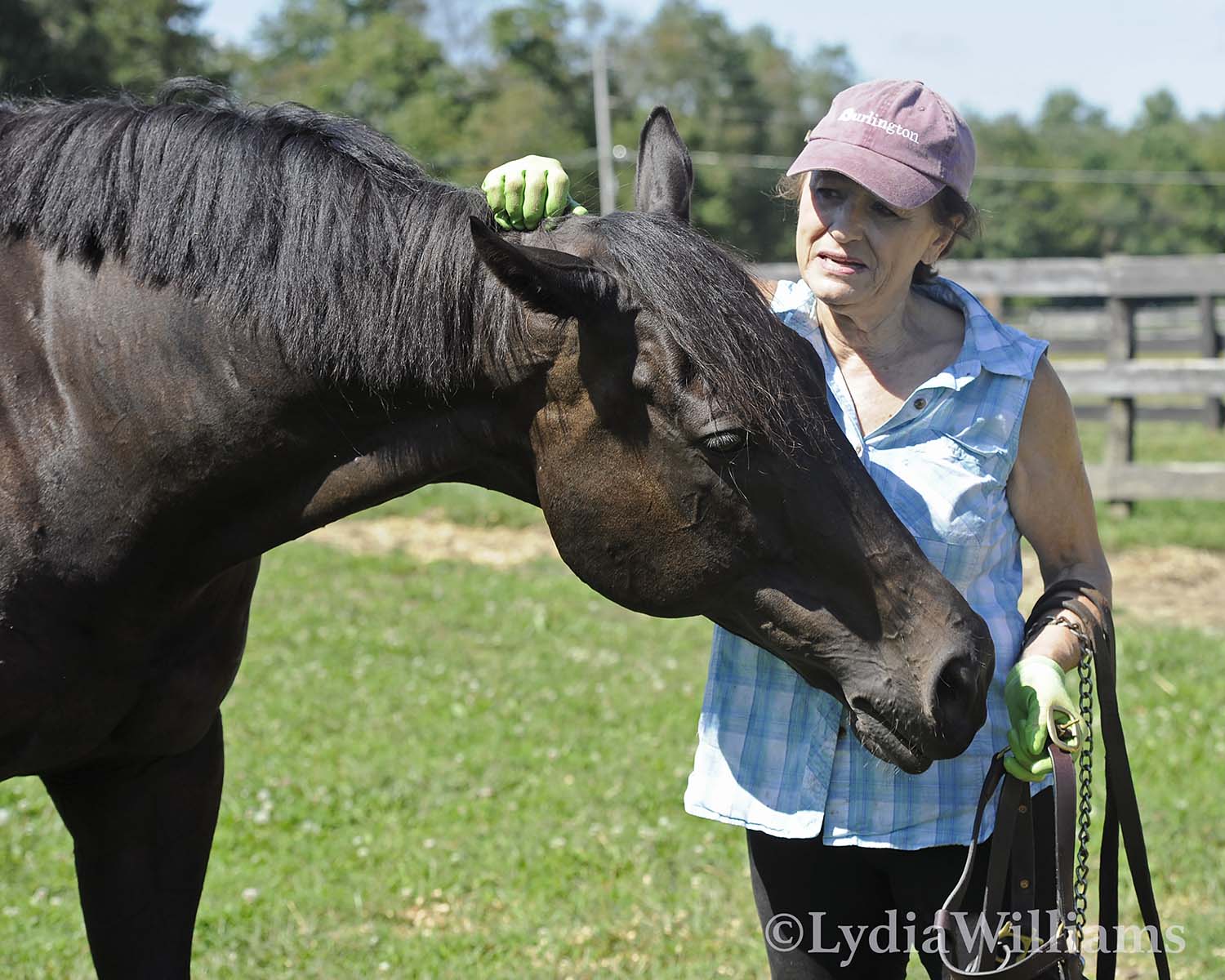 Regardless, Second Call decided not to seek another placement as a riding horse for Joey P., now 15. An “out-of-the-blue” call to Old Friends proved fruitful when it was discovered that the gelding meets the qualifications to retire to the Georgetown, Ky., facility. Reports are that paddocks are currently being built to house him and another Jersey-bred on Haegele’s farm, Hop Skip and Away. The 12-year-old son of Gold Fever was a multiple stakes winner and won a dozen of his 81 starts while earning $718,063.

“He’s another really neat guy,” Haegele said. “He can’t be ridden due to a dry joint, but this horse has a real sense of humor. If I had the acreage, I’d have a million horses.”

Although thrilled that they’ve found their forever home, Haegele will hate to see both of the “Jersey Boys” head to Kentucky. And Joey P. will keep a special place in her heart.

“He really is a neat horse; a lot of personality. And I swear if you loaded him into the starting gate today, he’d still give it his best go.” 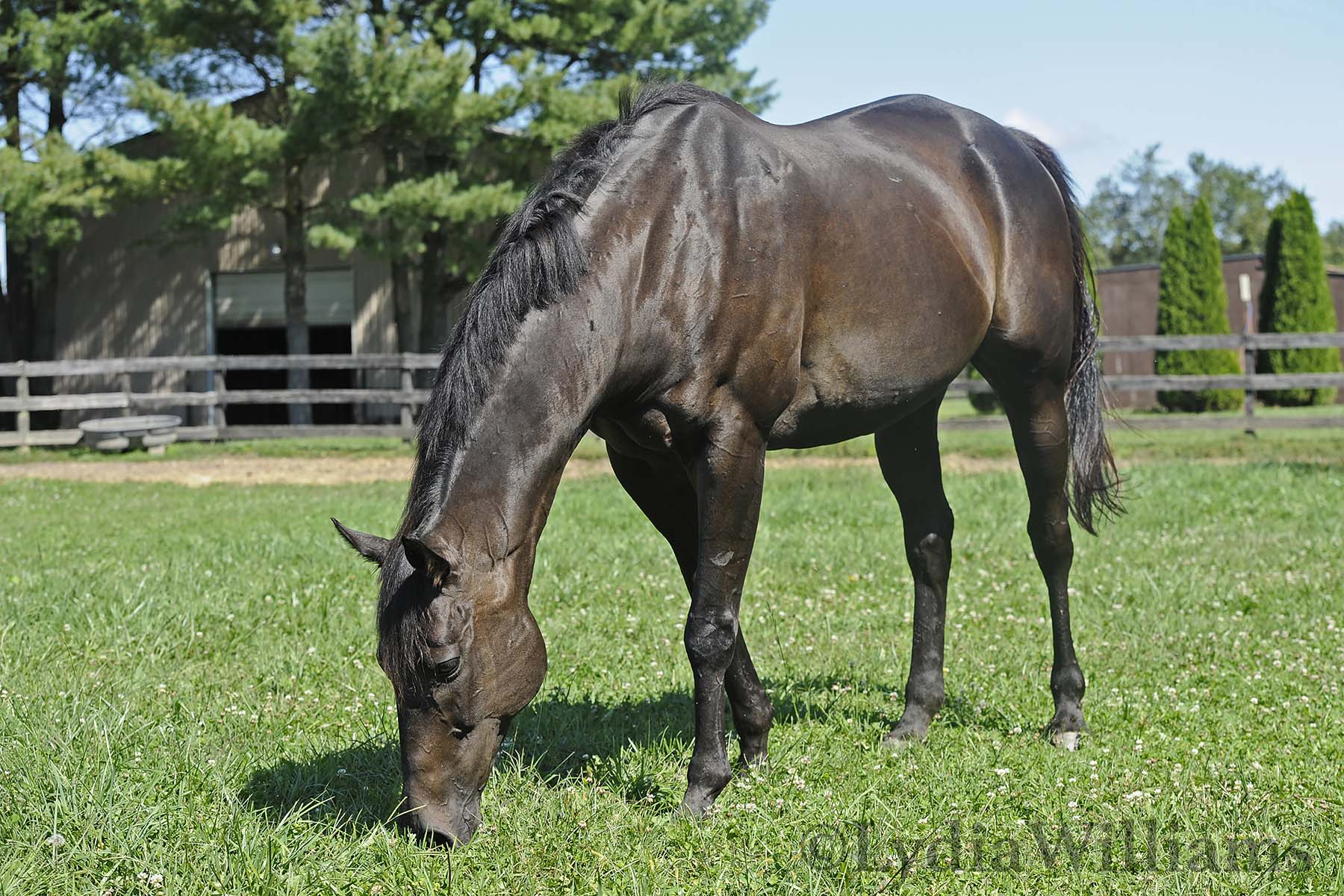