It all started with $700. That’s what Joseph Magner spent at Fasig-Tipton Midlantic’s Winter Mixed Sale in December 2000. The seven bills bought him a Yarrow Brae weanling colt bred in Maryland by Tom and Chris Bowman from the Wild Again mare A Little Wild. And the chain of events that transpired over the next 17 years became the unusual and amazing tale of Twill Do.

Two years after that purchase, Magner called trainer Billy Meister and asked him to come look at the horse. Magner had been getting on the youngster himself but, at age 80, he was struggling physically to keep up. Meister liked the dark bay gelding enough to ask if he could take him home for a trial.

Twill Do jumped an X-rail and Meister was hooked.

“Joe, I like him a lot,” Meister said. “I’m gonna find someone to buy him. 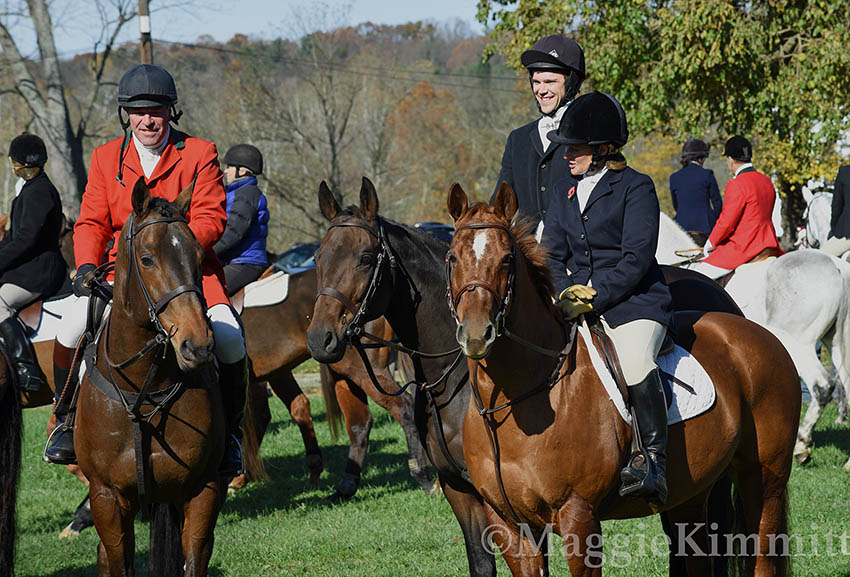 “I didn’t find out until a few years later what Joe had paid for him,” Meister laughed. “I’d have been negotiating if I’d known.”

Goelet grew up Pony Clubbing and foxhunting in England, but had no prior racing experience.

“My grandmother was Pony Club camp commissioner when I was a child, and then I gave up riding,” Goelet said. “When I came over here, Ann Stewart said ‘Come on Lucy, hunt with us.’ It was like walking to running, but she was very sweet and got me out. And it’s a lovely sort of thing to do around here. So it was all just sort of baby steps for all of us.”

Goelet had faith enough in Meister to trust his judgment and leave him to the task developing their new acquisition. Meister took his time with the young Twill Do, whipping off him in the hunt field as a 3- and 4-year old. Erica Gaertner, now a medical resident who worked for Meister for several years, also had a great deal to do with Twill Do’s education.

“He did a lot of foxhunting, hunter trials and clinics as a young horse,” Gaertner said. “He’s always been really pretty easy to ride, so anyone who came as a guest or anything would ride him. But he was goofy, and he still is; he’s just playful. You’d think he’s about 6 or 7. In the warm-up up at hunter trials, he’ll just go around bucking. He looks like a dolphin.” 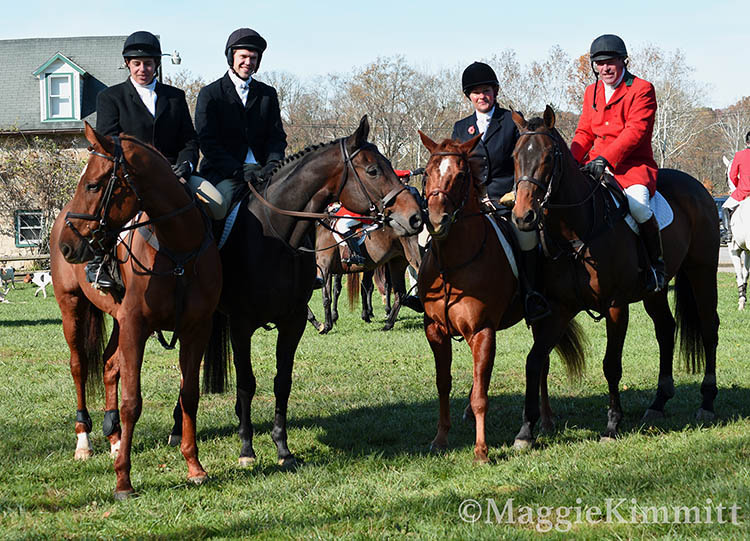 He also thinks like one. To this day, everyone around Twill Do touts his almost-human intelligence. Gaertner told of one mind-boggling habit the horse developed that had to be witnessed firsthand.

“He does the weirdest thing that no one believes until they see it happen. In the winter when we start back jogging, we’ll jog about 10 times around and then switch direction. Twill Do got to the point where I wouldn’t touch him; I’d just say ‘OK switch,’ and he’ll just go through the middle and change direction.”

Twill Do the timber horse made his debut on the My Lady’s Manor undercard in 2006 and Meister fulfilled trainer/rider duties for the horse’s two starts that season. He was in the tack again on Grand National day in 2007, but then handed the reins to amateur riders James Slater and Billy Santoro for the next few races. Matt McCarron had a go at Virginia Fall in 2008, but the pair parted company early. Twill Do broke his maiden under Slater at Genesee Valley the following week.

Meister wasn’t back aboard the horse himself until the 2010 Grand National at Butler, Md. They finished fourth, but what happened a race later would change everything.

“I rode in the next race and a horse fell in front of me,” Meister said. “It was a big 17-hand horse, and when he got up he whipped his head around and knocked me right off my horse and broke my pelvis.”

“You want to ride Twill Do in the Hunt Cup?” Meister asked.

“Sure, I’d love to but I’m sick as a dog,” replied Stierhoff, who was home with the flu.

Stierhoff really did want the ride, he just wasn’t sure he was ready for it.

“First, I had never ridden the horse before; I had never even galloped him,” he said. “And second, I was home sick with the flu and had actually missed an entire week of work. I did go out that next morning with Billy to the Grand National course and I got on Twill Do and jumped two fences. That went fine, so the next time I rode him was the following Saturday morning at the Hunt Cup.”

As an amateur rider and a Maryland native, Stierhoff had long had the Hunt Cup on his radar.

“I had always aspired to get to that level,” he said. “Lucky for me, Twill Do came along. But to say we were longshots going into it that day was probably an understatement.”

Perhaps. . . but that afternoon was the beginning of a partnership between horse and rider that endures to this day. Not only did Stierhoff and Twill Do win the 2010 Maryland Hunt Cup, they returned to win it again in 2012 and completed the course in 2013, 2014 and 2015. The Hunt Cup wins are Stierhoff’s only sanctioned wins of his career.

Like Gaertner, Stierhoff is awed by Twill Do’s good sense and cleverness.

“There are not many horses I’ve ridden that I’ve had such a high regard for. I really just trusted him 110 percent,” he said. “You could ask him to do anything and he would do it. I’ll never forget the 2012 Hunt Cup, going into the 13th fence a horse fell directly in front of him. I just slipped the reins and said ‘Well buddy, you can figure this one out and I’m not gonna get in your way.’ He literally tiptoed around the horse and I picked up the reins, galloped into the 14th and kept on going. He’s really very unique and by far the best horse I’ll ever be associated with. You can feel him thinking underneath you.” 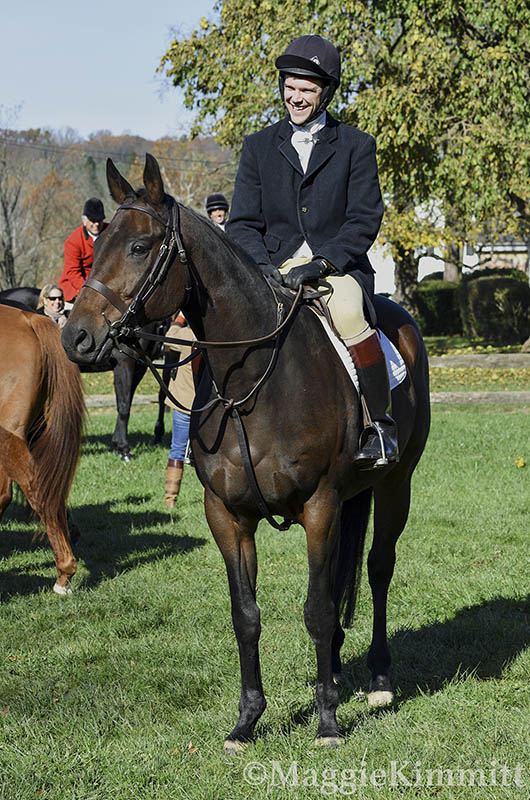 Still in Meister’s care at his Tanyard Ridge Farm in Sparks, Md., Twill Do competes in hunter trials and foxhunts regularly. With Gaertner, he recently qualified for the upcoming Field Masters Championship in Tryon, N.C. Stierhoff hunts him every weekend, and Goelet took a turn in the field for her 50th birthday.

“So that was exciting,” she said. “It was ‘Where are the brakes?’ But I’d rather watch him go well with James and Erica. It’s fun when you see the enthusiasm all around him. He is part of the family. He’s loved by all.”

“Twill Do is coming 18 and seems to be in as good form as ever, knock on wood. And I think a lot of that is because Billy has had him for such a long time. He took it slow and picked his spots for him, and here he is. He retired sound, has gone on and is continuing to love life and do well. He’s brought a lot of people joy.” 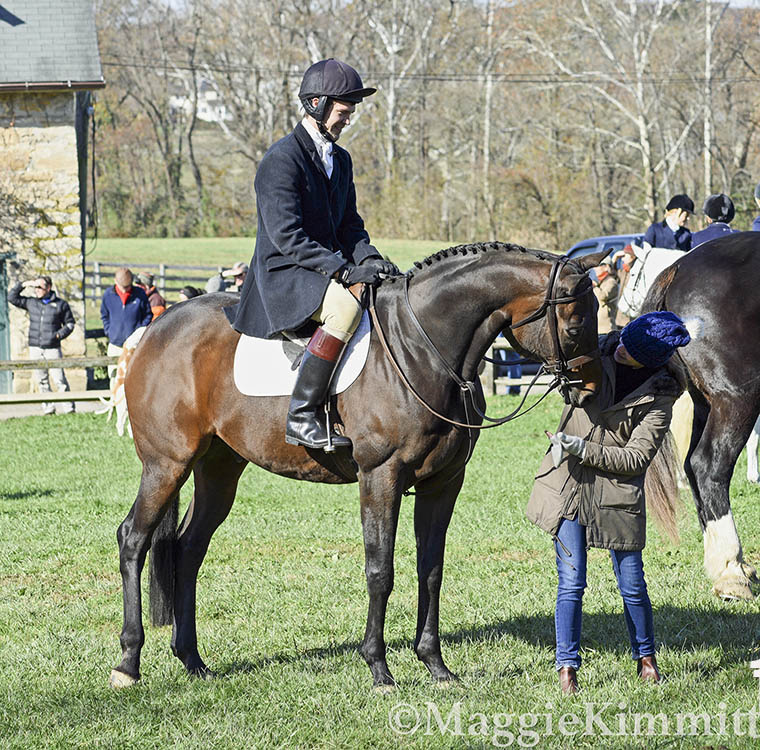