Burt Bacharach. Universally recognizable, it’s a name that brings to mind timeless titles and lyrics penned by one of the most prolific and successful songwriters of the 20th century. Millions can readily answer that Bacharach wrote “What The World Needs Now Is Love,” “Raindrops Keep Fallin’ On My Head,” “I’ll Never Fall In Love Again,” to name a few.

But a considerably smaller percentage of the population is aware that Bacharach also enjoyed success as a Thoroughbred breeder and owner – much of it through West Virginia and an association with the Moscarelli family. Bacharach’s manager Fred Braunstein played polo with Vinnie Moscarelli and made an introduction in the 1970s. Moscarelli and Bacharach bought a farm in Charles Town, dubbed Country Roads, pooled their mares and started producing standout Thoroughbreds who often went far beyond their roots. Heartlight No. One won an Eclipse Award in 1983. Soul of the Matter was a Grade 1 winner who finished second in the first Dubai World Cup to Cigar and earned $2.3 million. 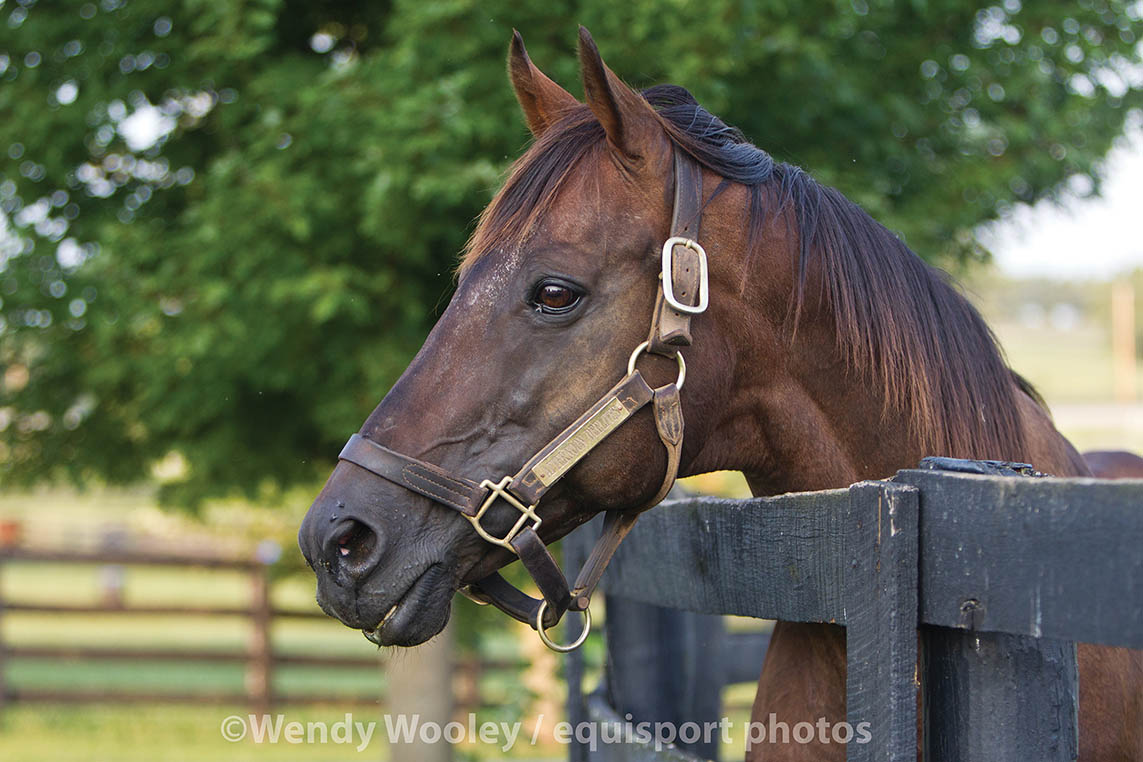 One of Bacharach’s best was Afternoon Deelites, who won six graded stakes, earned more than $1 million and is still turning heads at age 26.

From the foal crop of 1992, the dark bay was sired by Private Terms and out of the winless Medaille d’Or mare Intimate Girl, also a homebred for Bacharach’s Blue Seas Music. Foaled at Country Roads, Afternoon Deelites did his early prep work with the Moscarellis – on the farm, at Florida’s Palm Beach Downs, then Delaware Park and on to California trainer Richard Mandella.

“He was a rambunctious little thing,” said Suzanne Moscarelli, Vinnie’s wife. “When we were breaking him I remember his paddock had a bit of a downhill part right at the beginning and he loved to rear there. He would always do that. He was a lively thing.”

She knew he’d be fast, but couldn’t have predicted the success to come.

Afternoon Deelites won his debut at Santa Anita in October 1994. The colt added the Hollywood Prevue-G3 and Hollywood Futurity-G1 (by 61⁄2 lengths over Thunder Gulch) to his list as a 2-year-old. Mandella chose the San Vicente-G3 at Santa Anita to kick off the colt’s 3-year-old season. It was another small field and another winner’s check as Afternoon Deelites stamped himself one of the early favorites for the 1995 Kentucky Derby. Five weeks later, he extended his undefeated streak to five when “confidently handled” by Kent Desormeaux in the San Felipe-G2 while beating Timber Country.

Sent off as the favorite in his final Derby prep, he was handed his first loss – by a head – to Larry the Legend in the Santa Anita Derby-G1 in April.

In Louisville, the entry of Timber Country and Serena’s Song entered the gate as favorite. But it was Thunder Gulch who scored the upset as one of the longest shots in the field, paying $51. Bidding to become the first West Virginia-bred to win the Derby, Afternoon Deelites finished eighth. After a seven-month freshening, he picked up where he left off and put a bow on the year with another Grade 1 win in the Malibu Stakes the day after Christmas.

In four starts at 4, Afternoon Deelites won Keeneland’s Commonwealth-G2 and was second in the Strub-G1 at Santa Anita and Metropolitan Handicap-G1 at Belmont Park.

Retirement followed the Metropolitan, and Bacharach’s runner began his stud career in 1997 at Airdrie Stud in Midway, Ky., with a high-gloss record of 12-7-3-0 and $1,061,193 in earnings. The earnings figure is still third on the all-time West Virginia-bred leaderboard behind Soul of the Matter and Russell Road.

After modest results with breeders in Kentucky, Afternoon Deelites relocated to Clear Creek Stud in Louisiana where he was that state’s leading sire for several seasons. Declining fertility became an issue, and in 2011 Clear Creek general manager Val Murrell arranged to donate Afternoon Deelites to the Old Friends Thoroughbred retirement facility in Georgetown, Ky.

“We got a call from Burt Bacharach’s office,” said Old Friends founder Michael Blowen. “We’re very good friends with his ex-wife Angie Dickinson, so that was the connection. She’s come and stayed at the farm and is a very big supporter of ours. There was that connection which I liked, and I really wanted to take Afternoon Deelites because I knew he’d get visitors. He seemed to be a perfect fit for us, and he has been, I have to say.”

Then 19, the new pensioner joined his most famous son who was already in residence at the farm. Popcorn Deelites carved out a career on the claiming circuits throughout the Midwest and Southwest from 2001-05, but took a sabbatical in 2002 to star in the movie Seabiscuit. Owner David Hoffman donated the gelding to Old Friends where he remains a fan favorite.

Blowen joked that “I tell people when they come on the tour that because of the economy the kids have started having to move in with the parents again.”

One of Afternoon Deelites’ regular visitors is Desormeaux, his pilot for all 12 of his starts. The Hall of Famer began his sojourns to Old Friends to spend time with another favorite mount, Eclipse champion The Wicked North.

“Not long after Afternoon Deelites got here, Kent came to the farm,” Blowen said. “And I think he got emotional about it because the horse really does look the same as when he was running. His face is so youthful. I still remember this, and this is verbatim. We were standing outside Afternoon Deelites’ stall, and Kent said ‘Michael, I won the Kentucky Derby on Fusaichi Pegasus, Real Quiet and Big Brown, and this is the fastest horse I was ever on in my life.’ And no one would know that better than Kent.”

Blowen said Afternoon Deelites “knows who he is and what he wants.” Neither cantankerous nor cuddly, the stallion is in great health and is an easy keeper until the new spring grass comes in, when he’s kept in at night and turned out daily wearing a grazing muzzle.

“If I could name one thing that separates the really good horses, it wouldn’t be breeding or conformation, it would be intelligence, heart and willpower,” said Blowen. “And he’s one of those.”

Bacharach, 89, stroked a $50,000 check for Afternoon Deelites’ care and maintenance when he arrived at Old Friends. Blowen keeps him informed via frequent phone calls and emails.

“Burt came out with his memoir a few years ago, and he mentioned Afternoon Deelites in the book. He said something to the effect that nothing – not even the Oscars or Grammys – ever made him happier than being in the winners’ circle at Santa Anita on a sunny day. So one night I got the book out and had a picture taken of Afternoon Deelites looking over my shoulder reading the book with me. And we sent it to Burt. A couple of weeks later, Sue Main, who works for him, called me and said thank you so much for sending that. She said he loved the photo so much that he had it blown up to life-size and hung it up behind his desk. So, every time he goes into his office, the first thing he sees is Afternoon Deelites reading his book.”