The year was 1972. Decades before the advent of the internet, 13-year old Stephanie Sires diligently scoured every available publication covering Thoroughbred racing for information about her favorite racehorse. Given that she grew up riding Quarter Horses on a farm just south of Akron, Ohio, all knowledge obtained came through a great deal of effort. But such was her devotion to a leggy bay colt named Riva Ridge.

Meadow Stable’s homebred son of First Landing and the *Heliopolis mare Iberia was the champion 2-year-old male in 1971 and won the Kentucky Derby and Belmont Stakes in 1972. With 17 wins from 30 starts, he retired a millionaire after his 4-year-old season in 1973 – the year his stablemate, Secretariat, won the Triple Crown. While Big Red indeed cast a massive shadow, and became the nation’s most famous Thoroughbred, Riva Ridge came first.

“I always loved Riva Ridge when I was a girl, and that was my dream someday. . . to own an offspring of his,” Sires said in May. “After school I started working in the Akron area, and every day I would read the Daily Racing Form. This was way before the internet. I read everything I could. We had a good racing reporter, Jack Patterson, in the Akron Beacon Journal. He was really one of those old-time turf writers who knew his stuff. He would always write great articles and helped make me a big fan of racing. And I’d get the Racing Form at lunch and just pour over it, looking for Riva Ridge horses.” 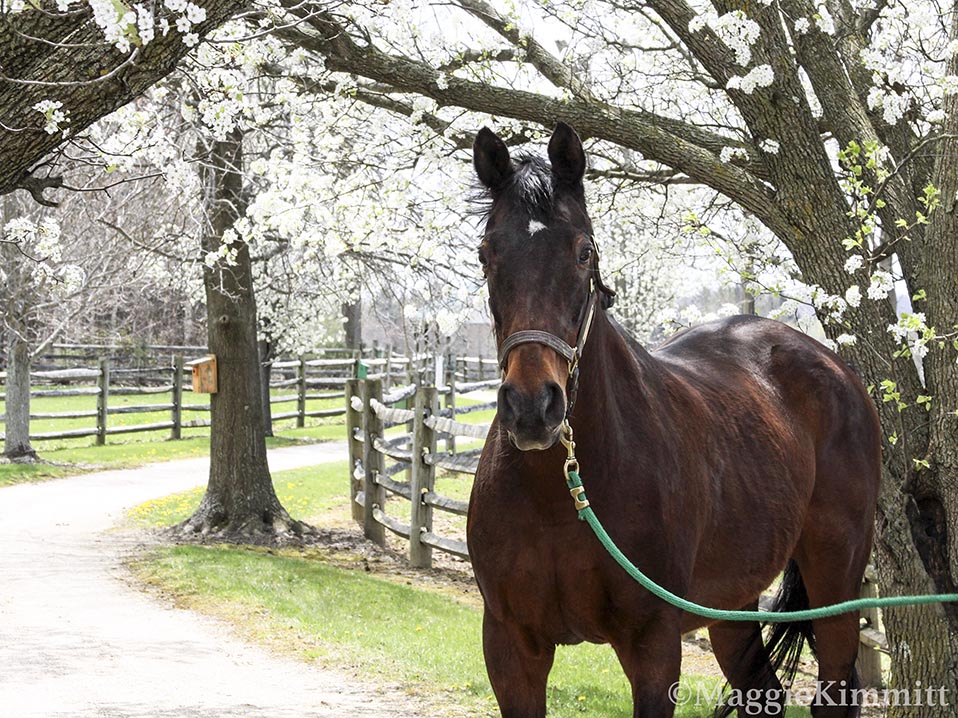 In December 1987 she found one – a 2-year-old filly named Fencible who was racing in New York. Bred in Kentucky by Nancy Shuford, the filly was out of the French-bred mare Feinte, a daughter of Secretariat’s archrival, Sham. Sires followed Fencible closely for two years, taking action when she saw her sliding down the claiming ranks. With no background or contacts in the racing community to proceed on her behalf, she contacted owner J.D. Shea and trainer Eduardo Linares and asked if they were interested in selling Fencible.

“Perhaps that was a little naïve,” Sires laughed in hindsight.

Then in her late 20s, Sires’ disposable income was a small fraction of the asking price of $20,000. She credits her parents, who had followed their daughter’s passion since childhood, for fronting her the remaining $16,000. Armed with that bankroll, Sires set off for Belmont Park to meet Fencible.

“That was one of those days that will live forever in my mind. I was standing there on the backstretch at Belmont, waiting for them to show her to me. Those beautiful green barns – you think about all the historic horses that were there. I remember when they brought her out, she was big, tall, long legs and a long arching neck. Just beautiful, gorgeous. I just fell so madly in love with her.”

Seventeen years after a teenage girl’s quest began, a deal was struck, a lifelong wish came true, and Fencible was on her way to Ohio. Stephanie Sires owned a racehorse by Riva Ridge. During the fall of 1989 Fencible carried Sires’ brand-new silks four times in allowance company at Thistledown, finishing third once.

Sires told trainer Bobby Doyle that she would take the filly home to Woodscroft Farm, the 30-acre property she bought from her grandparents in the early 1980s. Sires grew up right next door at her parents’ home.

“The funny thing was that I just decided I was going to take her home and ride her. I was in my late 20s, totally brave and that’s what you think. The first time I got on her, I was just planning to ride her around the perimeter of our big 10-acre field. Of course, she just took off with me, and I was kind of panicked at first. But over that winter and spring I rode her every chance I got, and we got to know each other.”

Fencible returned to the track in June 1990. And three months later, at Thistledown Sept. 28, Sires learned how it felt to own a winning racehorse.

“To have MY silks and my Riva Ridge horse stand in the winner’s circle at what I considered my hometown track, it was just very very special that day. She only had that one win for me. She was 5 then and had her little aches and pains. We didn’t run her much longer after that.”

A career as a broodmare didn’t pan out; the only foal she carried to term died shortly after birth. Another attempt at breeding resulted in a lost foal and life-threatening colic surgery. For Sires, that was game, set and match. Fencible was not bred again.

“It was the best decision, because then we did everything together. We foxhunted, and there were usually around five or six hunter paces throughout northeastern Ohio every fall. We’d go to every one of them every year. She was just wonderful, and she enjoyed them so much. And we always trail rode around the farm together.” 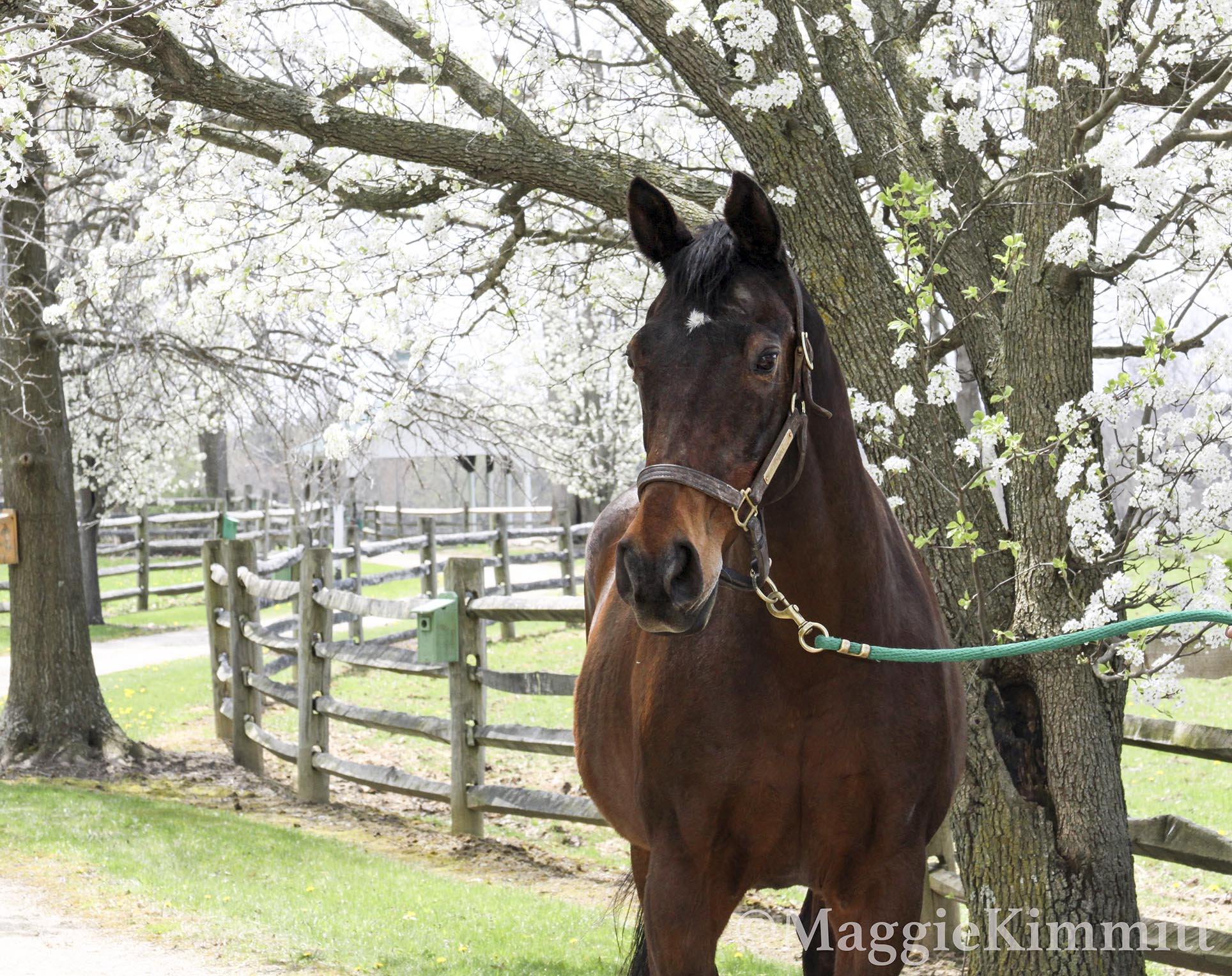 Sires stopped competing when Fencible was 22 but continued to ride her regularly around the farm for the next eight years. They hacked out together for the last time on April 27, 2015 – Fencible’s 30th birthday.

“To watch her in the field now, she still bombs around on these cool mornings with her pal Winter Rage [by Dover Ridge, a son of Riva Ridge, out of Sassy n’ Smart, by Smarten] who is 25. So she’s still full of life and I hope she keeps going.”

Sires managed to obtain VHS tapes of Fencible’s races, which she had digitally transferred to her iPad.

“There’s a little thing at the end of her Thistledown win where the racecaller says ‘In deep stretch, its Fencible to show the way.’ And I always feel like we are in deep stretch. I’ve had her for 29 years. She’s 33 years old and you don’t get much deeper into the stretch than that. But she’s still showing the way.”

Over the years, Sires has sought out and bought several Riva Ridge offspring.

“I think I ended up with about eight,” she said. “They were mostly rescue-type situations; geldings. I’d see them running near the bottom.”

They all have Fencible to thank for their long and loving retirements with Sires and longtime partner Joe Talley at Woodscroft.

“Have you ever ridden a horse where you just feel better than you are?” Sires said. “You’re strong, all of a sudden you’re brave, you’re athletic. . . and of course you’re none of those things normally. That’s Fencible. Some of the best days of my life have been spent with this horse. She’s not lovey, she’s gotten a little crotchety as she’s gotten older, but it was the way I felt whenever I rode her. Invincible. On top of the world.” 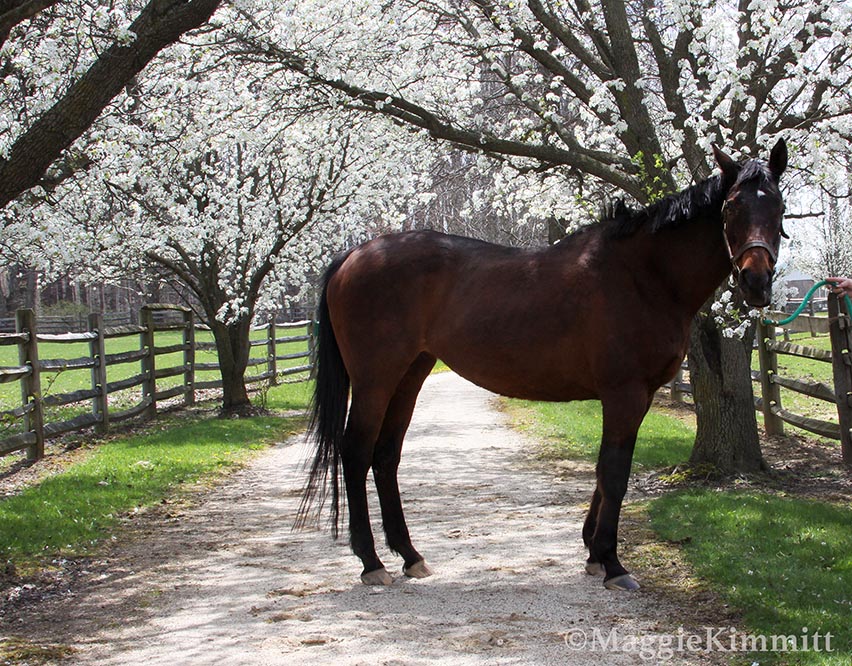 Sign up for the MidAtlantic Club to view this article in our digital edition for FREE. See this story in print by subscribing at a special MidAtlanticClub price by clicking here