Doug Fout was playing beat the clock. The Middleburg, Va.-based trainer was in England on a shopping trip for an owner – nothing unusual for Fout, who has ventured to Europe, South America and New Zealand to procure steeplechase horses. But in this case, the deadline allowed him just 24 hours to jump on a plane and decide on a horse he couldn’t see or sit on ahead of time. That, for Fout, was beyond his normal method of operation.

It was the spring of 2003 and owner Ken Luke of Eldon Farm was in the market for “a nice stakes horse that could win some big races.” Fout called his buddy Aidan Murphy, who relayed that he knew of a prospect in trainer Ian Williams’ stable. But the horse was headed to the Doncaster sale, so time was of the essence.

Fout made the trip and arrived at the yard in a downpour to find a mud-covered bay turned out in a paddock.

“Normally I like to get on a horse and get to work or school them, and they wouldn’t let me do that,” Fout said. “But as soon as I stepped in the paddock, he came running up to me. He has a beautiful eye and you could tell how intelligent he was. He ran up and stayed there while I messed around with him. I called Ken and said we had four hours to decide whether we wanted him or not; he was going to the sale that afternoon. So, we pulled the trigger and had him vetted, bought him and brought him here.” 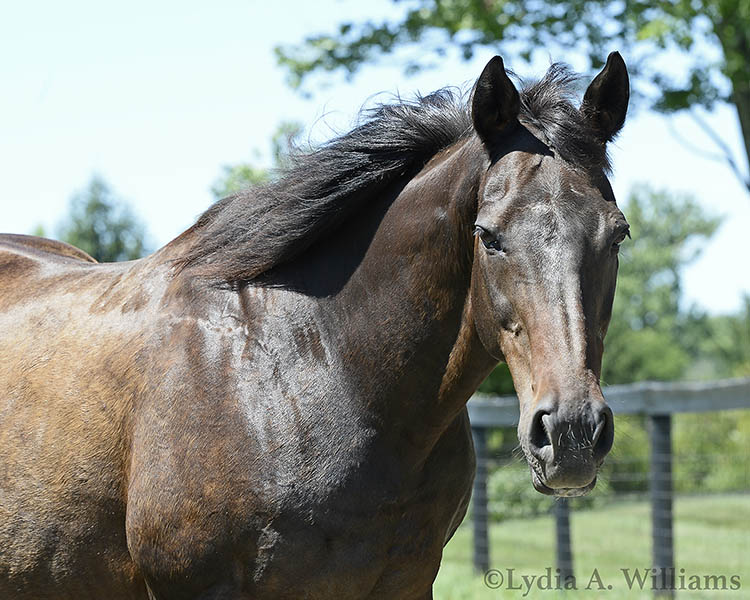 Named Hirapour (and to settle any disputes, that’s pronounced HEAR-a-pour), the bay gelding was foaled in Ireland on April 28, 1996, a homebred for His Highness the Aga Khan’s Stud. By Group 1 winner Kahyasi from the Mouktar mare Himaya, Hirapour was sitting on a five-race win streak – achieved over just seven weeks – when Luke and Fout wrote the check.

He made his first American start on the flat at Great Meadow in Virginia Oct. 18, 2003, drawing off to win by 13 lengths. From there, every start was a graded stakes, 10 Grade 1s. Fout had indeed found Luke a horse who could win some big races and over the next three years, Hirapour changed the lives of his connections.

Two weeks after Great Meadow, Hirapour vaulted into the AFLAC U.S. Championship Supreme Hurdle Stakes for novices at the Callaway Gardens meet in Pine Mountain, Ga. He produced another win after a stretch duel with rival Preemptive Strike. 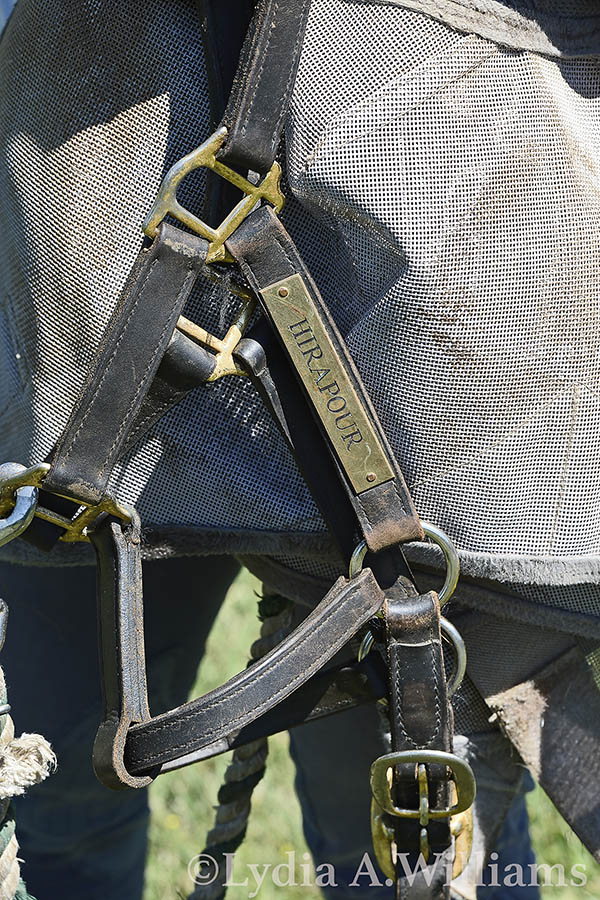 Fout and Luke began the 2004 season daring to believe they had a bona fide star. Hirapour didn’t let them down. Preemptive Strike prevailed in the opener, scoring by three-quarters of a length in the Carolina Cup. Hirapour lobbed it back over the net next out, finishing 13⁄4 lengths in front of Preemptive Strike at Keeneland in the Royal Chase.

At Far Hills that October for the Breeders’ Cup Steeplechase, Fout gave jockey Matt McCarron the call. They finished second that day, beaten by the mighty McDynamo, with Sur La Tete third. To this day, McCarron beats himself up for the loss, realizing he waited too long and left Hirapour too much to overcome in the stretch.

Hard lesson learned, he made up for it a month later in the Colonial Cup. The order of finish that day was Hirapour, Preemptive Strike, Sur La Tete, McDynamo. American steeplechasing fans had a squadron of gladiators to follow. From four starts that season, Hirapour won two – both Grade 1 stakes – and two seconds. And two months later, Ken Luke and Doug Fout had Eclipse trophies for the champion steeplechase horse of 2004.

“Hirapour was a character not only for the fact that he was one of the most talented horses I ever sat on, but he had more personality than most horses could ever imagine,” McCarron said. “He’s so intelligent, and when it came to race day he was all business. He was the most competitive horse I’ve ever met. I got him beat in the 2004 Breeders’ Cup; it was 1,000 percent my fault. So afterward I went back to the barn, and he was standing in the back of the stall with his ears pinned flat to his head. He did not want to see me, talk to me or anything. Then a few weeks later when he won the Colonial Cup, he was at the front of the stall, ears pricked, and he wanted all the attention in the world.”

As gifted and professional as he was, Hirapour could lead the team on a merry chase if the mood struck while training.

“I did all the works and all the schooling on him,” Fout said. “And he’s a spook; he would stop in the blink of an eye. He’d drag you down to a hurdle like you were about to do Mach 1, and in half a stride he’d throw the brakes on. The first time we were gonna run him over the Carolina Cup fences (then made of natural pine brush), we couldn’t get him within 100 yards of schooling those things. He wouldn’t get near them. I said to Matt, ‘Don’t worry about it. He’s been around the world, so he’ll jump those damn things.’ And he never put a foot wrong; he jumped every fence perfect.”

The champion made six starts in 2005, adding two more Grade 1 wins to his resume. He returned to Keeneland and defended his score in the Royal Chase, with Sur La Tete and McDynamo behind him. At Saratoga that summer, Hirapour was third in the A.P. Smithwick, but returned to win the meet’s marquee jump race, the New York Turf Writers Cup. Defeats to McDynamo in the Breeders’ Cup and Colonial Cup cost Hirapour a second Eclipse Award, but did little to diminish his reputation.

Hirapour ran three times in 2006, twice at Saratoga and once at Camden. He won the Smithwick, giving eight pounds to budding star Good Night Shirt. Back for the Turf Writers, Hirapour finished fifth while toting 164 pounds (at least 10 more than six rivals). One more go at the Colonial Cup in November was the swan song. Hirapour finished third, and Fout closed the book with a lifetime record of 41-16-7-5 and $697,486 earned. In 14 U.S. hurdle starts, he finished worse than third just once and was first or second in his first seven jump starts for Fout.

“We’d just had such trouble with that ankle. And then when he finished third in the Colonial Cup that last time and pulled up lame, I said we couldn’t patch him up again. I’d die if anything happens to this horse.”

Now 22, Hirapour has spent every day since at Fout’s farm in The Plains, Va. He’s head honcho in a field that includes Grade 1 winner Dark Equation, who won the New York Turf Writers in 2008, and High Action, who took that year’s A. P. Smithwick. 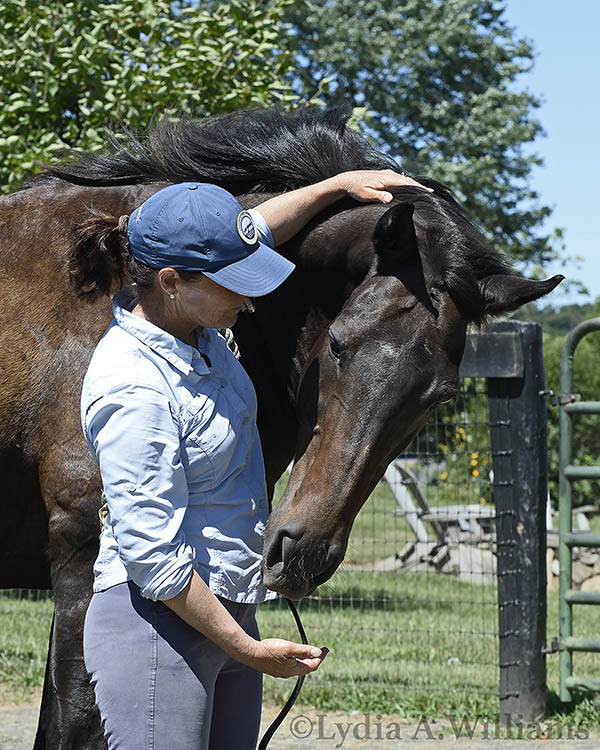 “My wife, Beth, foxhunts Dark Equation and she show-jumps High Action. She just won a class at Upperville. She’s been doing that for the past few years. But Hirapour runs the field, and he can still outrun everybody. I goose hunt and dove hunt here on my property, and he gets all stirred up when we hunt. He gets to snorting and blowing. It gives him something to think about for a bit and then he’s good to go. It just keeps him on his toes.”

McCarron, now Fout’s assistant, lives less than a mile away and sees Hirapour every day.

“You cannot actually make Hirapour do anything that he doesn’t want to do,” he said. “Basically, you live by his rules and if you can abide by and use them to your advantage, then everything works well. Talk about a machine – this horse impressed me from the get-go. I just thank Doug for sticking with me and being so loyal. I’ve ridden a lot of really, really nice horses, and Hirapour was one of a kind.” 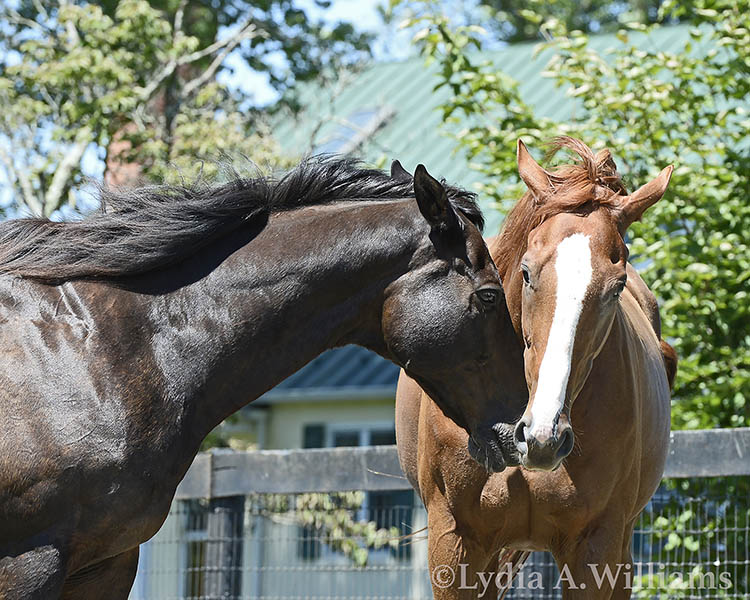 “This horse made it so much fun because he was exciting to watch,” Fout said. “You knew that, unless something extraordinary happened in the race, he always tried 110 percent and put on a show. And he was as honest as the day is long.” 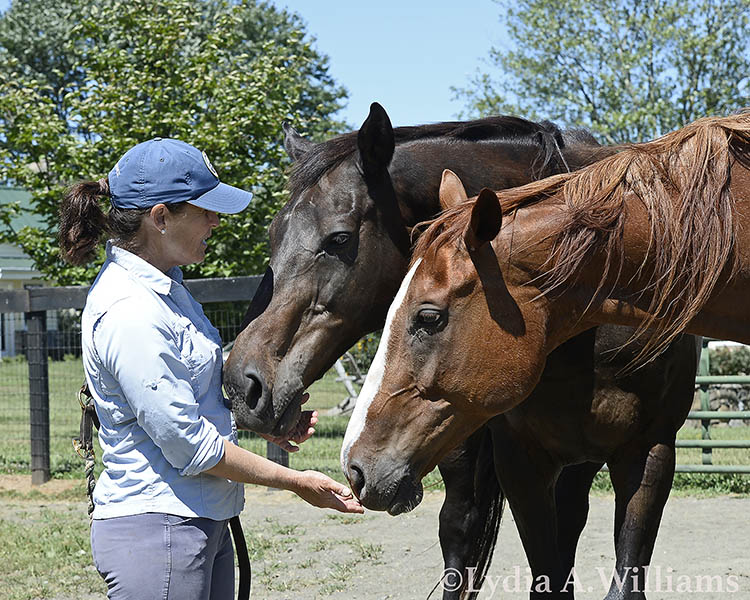