These three are the retired herd. They spend their days grazing and chilling and just generally owning the place, as far as they’re concerned.”

The “place” is Bob Manfuso and Katy Voss’ Chanceland Farm, and “these three” are pensioners Grand Slalom, 28, Baste, 23, and Artist’s Way, 22. As Chanceland’s above-quoted broodmare manager, A.J. Hesketh-Tutton has looked after the trio she calls “a happy crew” for several years. 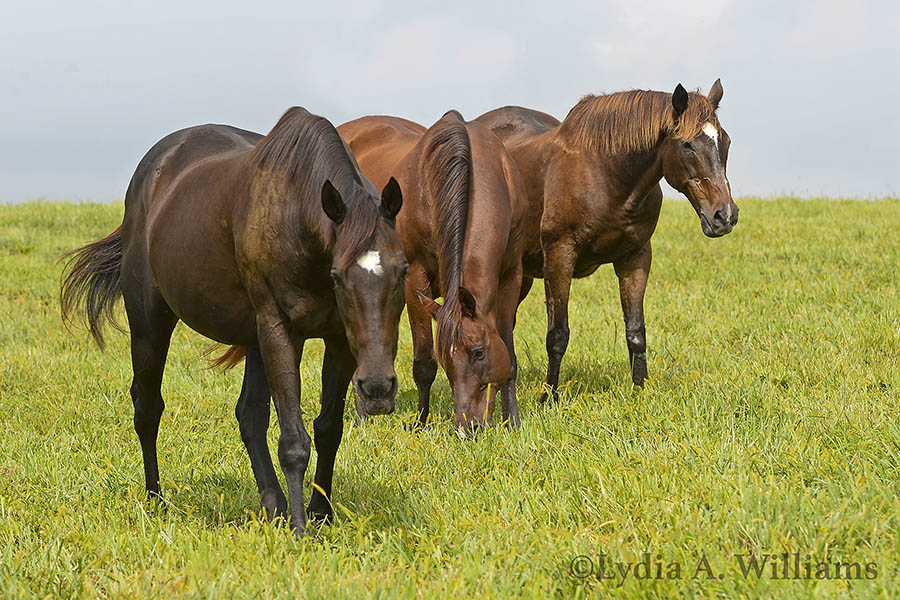 Grand Slalom is the farm’s grand dame. By Broad Brush out of the Northern Jove mare Aspen Ruthie, she was bred and owned by Rosalee C. Davison, long a well-known fixture on the Maryland racing circuit. Her father, Ben Cohen, was co-owner with brother Herman of Pimlico Race Course from 1952 to 1986. Under the Cohens’ management, the Pimlico infield was opened for the Preakness Stakes, forever changing the dynamic of Baltimore’s marquee event. 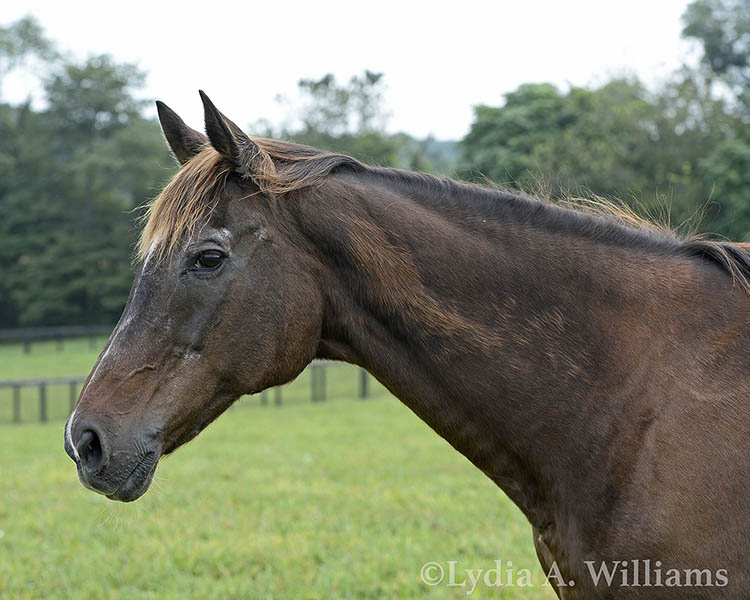 Trained by Davison’s son, John, Grand Slalom had a brief and modest racing career. In three starts, she won a maiden special at Laurel Park by a nose and earned $9,690. As a broodmare, however, Grand Slalom was a jewel in the Davisons’ crown. Her foal of 2002 was a filly by Lion Hearted named Hear Us Roar. Trained by Fran Campitelli, she too had a short career with just five starts. But among her three wins were the Selima and Maryland Million Lassie Stakes in 2004, which earned her the title of Maryland-bred champion 2-year-old filly. Retired after the 2005 Miss Preakness Stakes-G3, she earned $151,680.

Chanceland has twice had daughters and granddaughters of Grand Slalom on the farm at the same time: Hear Us Roar and Really Right, her 2010 filly by Pleasantly Perfect, and Experts Only and Extreme Fourteen, her 2008 foal by Louis Quatorze.

Also by Broad Brush, Baste (out of Saucy n’ Classy, by Sauce Boat) is a Manfuso/Voss homebred. Winner of Pimlico’s Gala Lil Stakes in 1999, the Kentucky-bred is the most accomplished of the three pasture mates with stats of 16-4-2-2 and $109,442 in earnings. 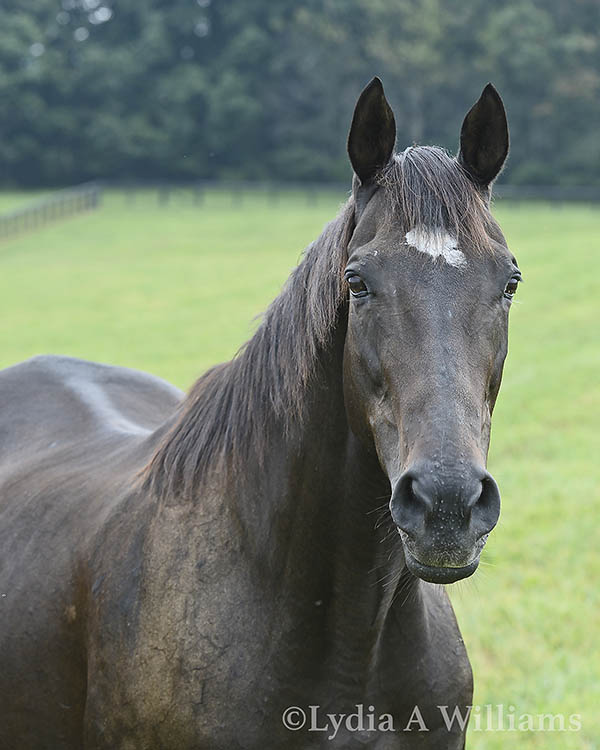 “Baste was raised here, and she made her debut at Saratoga,” Voss said on a stormy afternoon in her spacious, trophy-laden kitchen at Chanceland. She left the room long enough to retrieve a few sales catalogs, each fastidiously tabbed and notated with details about the farm’s consignment.

“We sold two yearlings in the 2009 Timonium [Fasig-Tipton Midlantic] sale that had both won their classes at the MHBA Yearling Show that June,” Voss explained. “Baste’s yearling Captain Twitch [by Two Punch] won Class I and then Mystical Tap’s Mystical Terp [by Lion Hearted] won Class II. Buzz Chase pinned them both, and then he bought them both at that sale for clients. Mystical Terp won a lot for Tim Keefe before getting claimed away; he was a gorgeous horse.”

Voss calls Artist’s Way (Leo Castelli—Broadway Boogie, by Fappiano), a gorgeous horse too. Gorgeous, but with a few asterisks. Bred in Maryland by Lucas Racing, he was purchased by Robert S. Evans for $50,000 at the Timonium yearling sale in 1997. 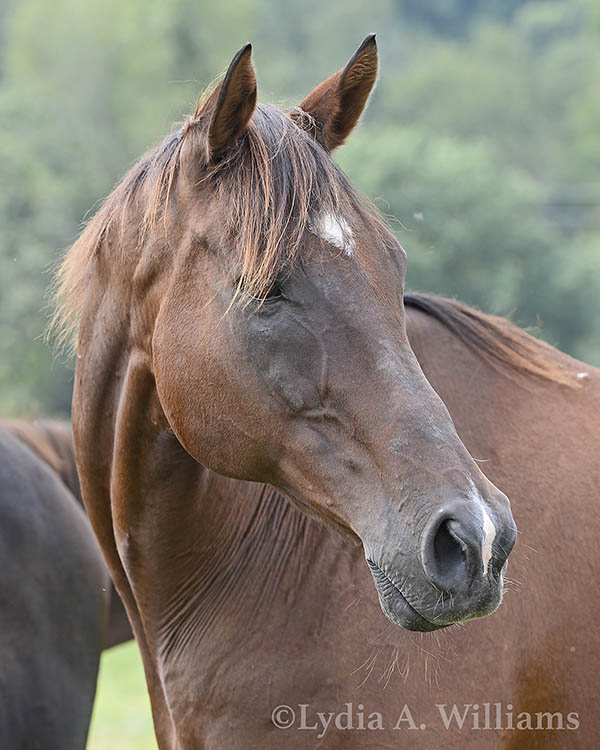 “Artie came here pretty much ready to run,” Voss said. “First time out he ran at Belmont [in May] as a 2-year-old and I think he was third. Then he came back and broke his maiden at Delaware next time out. But he just didn’t feel 100 percent sound to me. They had cranked on him getting him ready to run, and he had high suspensories. And then he had an ulcer in his throat. We finally got him back to the races at 3, and he just wouldn’t try hard enough.”

Voss’s friend Connie Whitescarver was looking for a nice show horse, so Artie was sent to McDonogh School to work with Streett Moore, director of the riding program. Moore declared him a good jumper who “didn’t tuck his knees the right way” and suggested he’d be better as a steeplechase prospect. Although Artie was perfectly sound, Voss worried that the high-suspensory issues precluded that option. Whitescarver did find a buyer for the gelding, but he displaced when scoped, and the sale fell through.

Voss decided to make him her pony, a job he held for years but didn’t relish.

“And he was not a good pony,” Voss said. “I used him for years, but he hated his job, hated his horses. At the racetrack, he’d get so he’d wheel and stuff. One day he just lost it. And I was thinking if I can keep him out here so the horse that’s working doesn’t hit us, the ones that are galloping will just have to go around us. I had already stopped on him once and brought him back again, but I thought ‘I gotta quit.’ ”

Sent home from the racetrack, Artie was pressed into service as Chanceland’s training-barn pony. That didn’t pan out either.

“There was just too much stuff to look at out here,” Voss said, “so that’s when he became a companion for the older mares.”

Finally, a concept Artie could embrace. 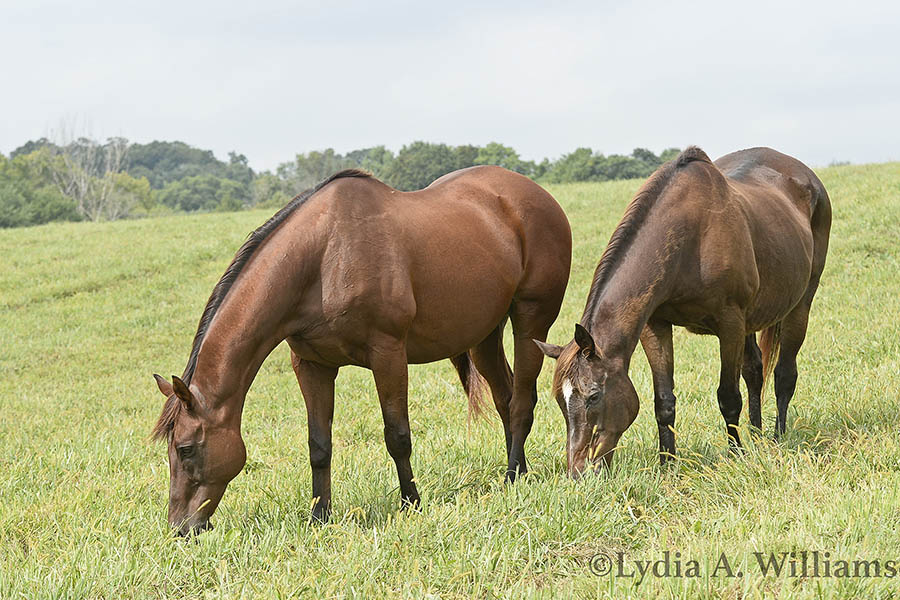 “He decided after he was turned out that he’s a stallion,” Hesketh-Tutton said. “At first he didn’t know what to do with them, but now this is his herd. The old girls still tend to cycle, and if we have the teaser out the back and they start going up to him, Artie gets so upset. He gets between them and the fence and he’s like, ‘Don’t talk to him . . . don’t you talk to him!’ He gets mad at the teaser too. He’s very protective, and if we take one of them in for something, he’ll run the gate and scream his head off until he gets her back. We weren’t expecting that; we figured he was just an old gelding. But he’s very determined that those are his girls. And they let him think so.” 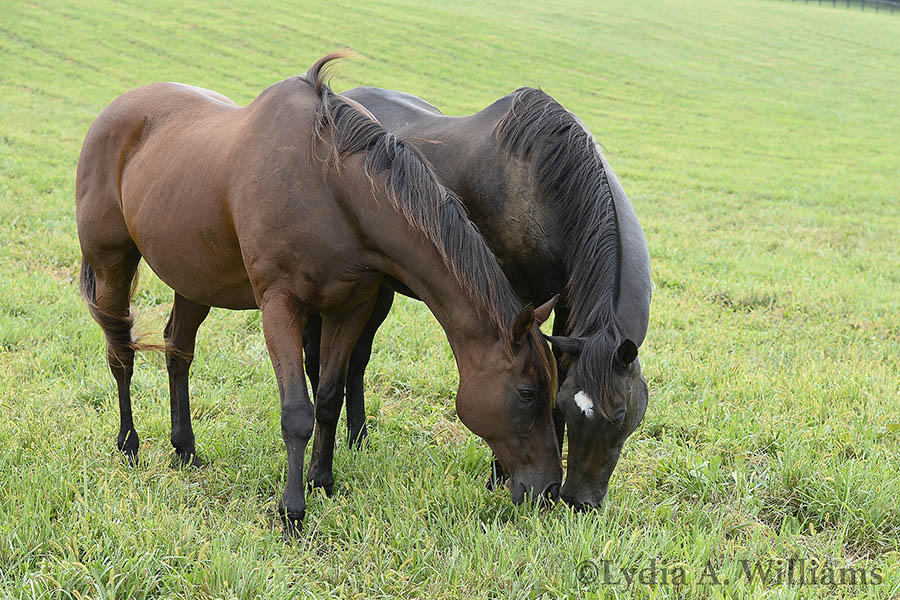 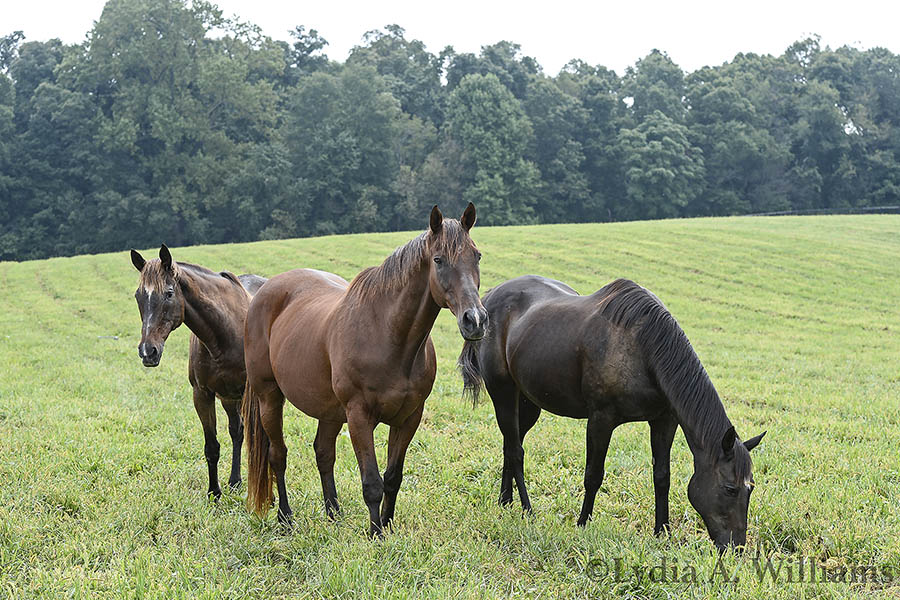