“Wow.” Ivan Dowling has grown accustomed to that reaction when people first set eyes on Pa Pa Da. Dowling, huntsman for the Cheshire Hunt Conservancy (Mr. Stewart’s Cheshire Foxhounds) in Unionville, Pa., felt the same way 12 years ago when he drove to a Maryland farm to pick up the huge bay gelding.

It started in 2007 with a phone call from the horse’s breeder/owner John Behrendt to his friend Russell Jones, then master of the hunt. Recently retired after five seasons, Pa Pa Da was a rock solid performer on the New York circuit for Behrendt, wife Theresa and trainer David Donk, who also trained his sire Incurable Optimist. 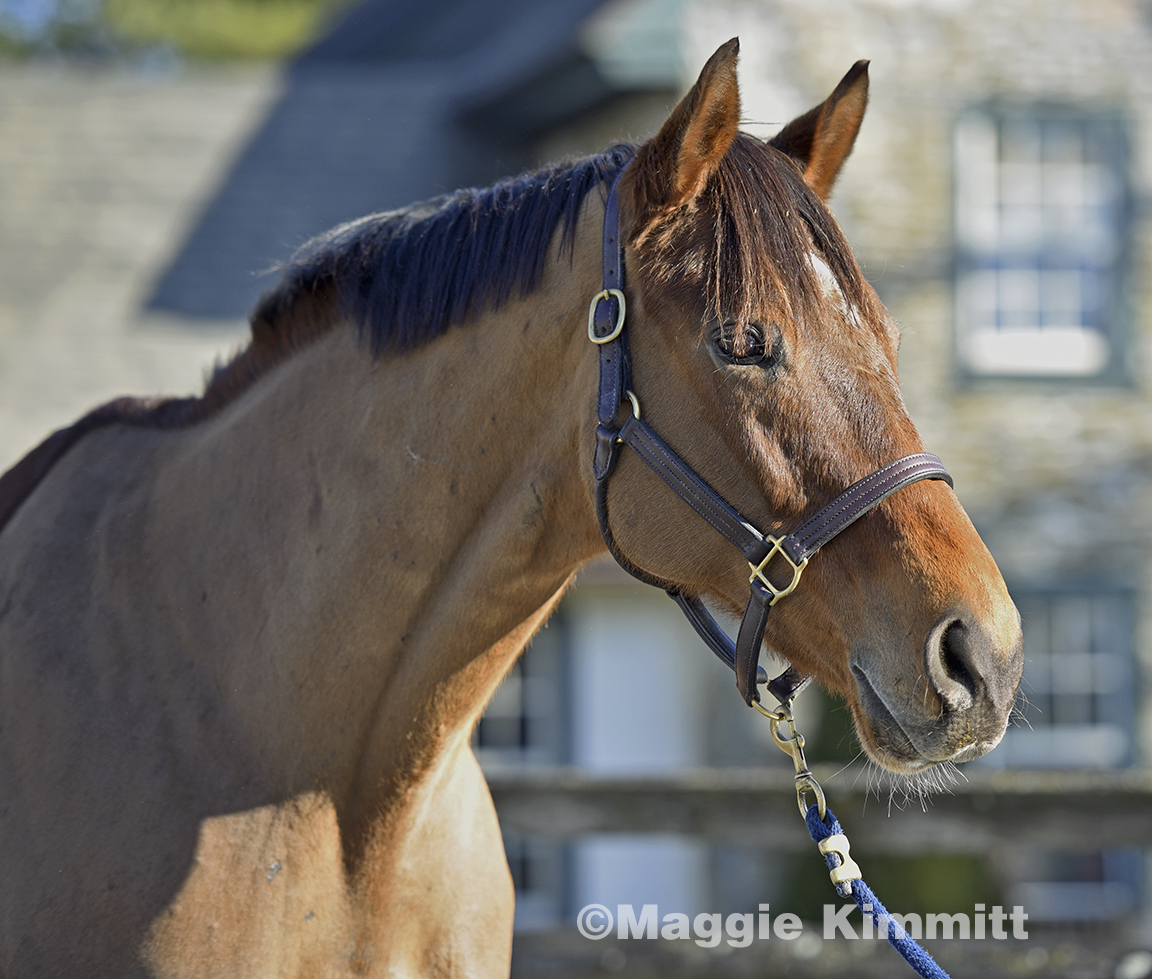 “In fact, Pa Pa Da was from the only North American crop by Incurable Optimist,” Donk said in February. “He stood one year in New York, had about 25 foals at the most. And oddly enough he got a few pretty decent horses. But after that he went to Argentina and he’s still at stud there. John has bred a lot of mares in Argentina and still has some there.”

Incurable Optimist was a bona fide star at 2 in 1998. He broke his maiden by 14 lengths at Saratoga in his third start – his first on the turf. Donk then sent him to Meadowlands where he won the World Appeal Stakes. Next came a wire-to-wire daylight score in Belmont’s Pilgrim-G3, followed by a trip to Hollywood Park for the Generous-G3.

“We took him to California and it rained ALL day,” Donk went on. “It was brutal. But he dragged Johnny [Velazquez] to the lead on the backside and he just galloped. He won by 9. Andy Beyer wrote that he should have won the Eclipse Award; that’s how impressive he was on the grass. So we had ambitious goals. We wanted to run him in the 2000 Guineas in Ireland. I had him in Hialeah for the winter and he came up with a tendon, and that ended his career. We had given him a lot of time and tried to ease him back, but that wasn’t going to work.”

Behrendt bred the unraced Mac Diarmida mare Sligo River to Incurable Optimist in 2000, and Pa Pa Da was foaled in New York on April 12, 2001. The name, according to Donk, is a combination of initials of three law-firm friends of Behrendt’s. Pa Pa Da was gelded early, and “very easy to train and easy to be around, just a very solid horse,” according to his trainer.

Pa Pa Da served his connections well in the New York-bred and -sired program, counting among his wins the New York Stallion Cormorant Stakes in 2004. While in Florida earlier that season, he was third in the Palm Beach-G3 at Gulfstream Park. He earned more graded black type by finishing second in the 2006 Fort Marcy Handicap-G3 at Aqueduct. When Behrendt and Donk stopped with him at the end of 2007, his running line read 34-4-7-6 with earnings of $317,868.

The decision to contact Jones about sending him to the hunt field seemed the natural next step.

Dowling took the horse back to Cheshire and immediately began his re-education. Physically, Pa Pa Da had what Dowling looks for.

“I go for the shoulder – a nice slant to it. He had a little trouble with the jumping at first, because he had never done it before. But within a few months he was popping logs,” Dowling said. “I hunted him his first and second seasons.”

But even more encouraging was the discovery that the horse had the most important component for any hunt staff mount – a good mind. 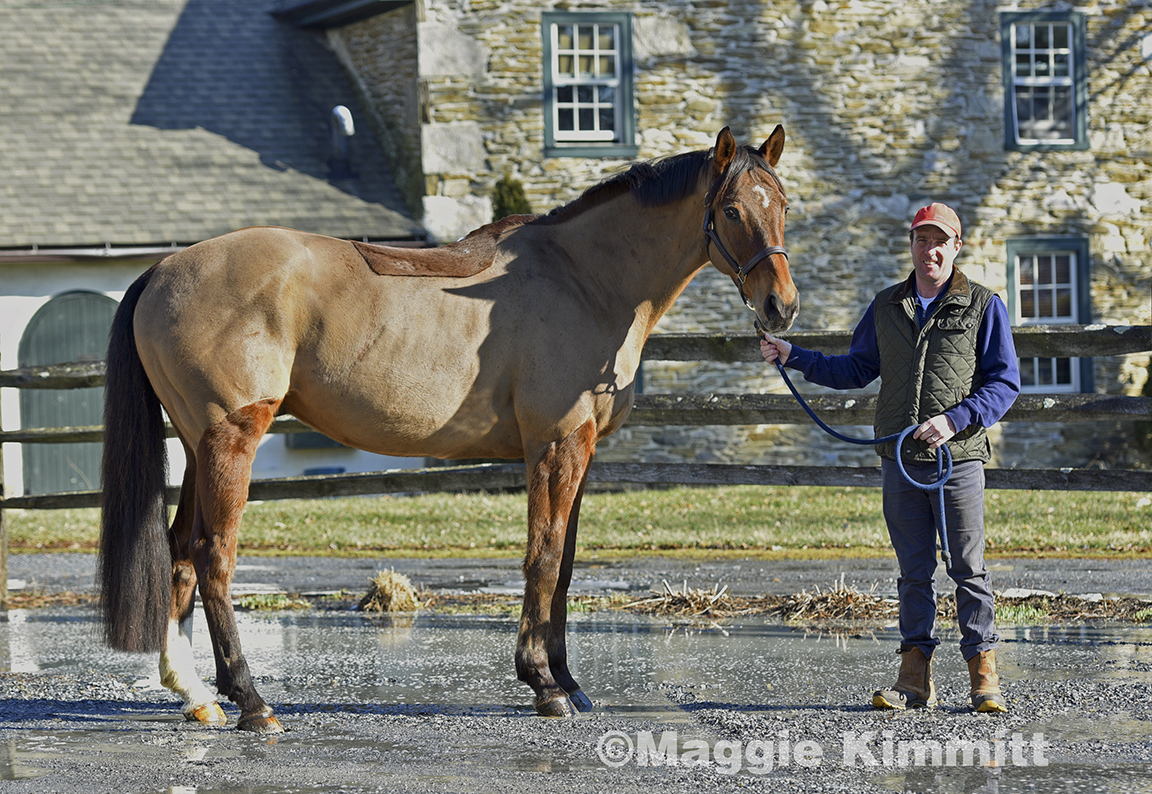 “We take our time. They have to be able to hold up physically, but their mind is number one. Are they going to handle the whole situation and not kick hounds? And the crowds. On big days like Thanksgiving we can have a few hundred people – and their dogs – out here watching. So it takes awhile.”

Pa Pa Da handled it all, rapidly becoming a favorite and easily recognizable in the hunt field. Dowling isn’t aboard the horse much lately, that honor now belonging most often to first whip Mary Taylor Miller. Dowling’s wife Stephanie (formerly Boyer) also rode Pa Pa Da frequently when she began whipping in.
“Steph started to hunt him, and he became her go-to, four-railer Thanksgiving horse.”

While a horse’s race record has no real bearing on suitability as a hunt mount, Dowling believes that factor can be an added bonus.

“I think it does kinda matter when we get one that is a stakes winner. Nine times out of 10 they’ll be good at the job when they have that bit of class to them; it comes through.”

“He’s a pleasure. Easygoing, gets along with everybody. He’s fun to ride, fun to hunt. We keep talking about retiring him. You have to think of what’s fair to the horse too. But we’re not quite ready to let him go and he doesn’t seem quite done with it. You get on him and he’s bouncy and happy.”

Dowling readily credits Winants with keeping the staff horses in top condition. The daughter of steeplechase trainer Lilith Boucher and former amateur jockey Woods Winants is in her second year with Cheshire. Her vast lifelong experience includes showing and racing over jumps, and her horsemanship is an asset to the hunt and its horses.

“It’s in her blood,” Dowling said. “And she’s a fantastic rider. So with skill like that in the barn, I don’t worry much.”

Both Dowling and Winants are realistic about Pa Pa Da’s post-staff-horse retirement. With a membership the size of Cheshire’s (more than 100), Dowling is certain that many hands will be raised when the time comes to move the gelding. But both agree they’ll be extremely selective in determining the best option. While he could perhaps hunt on, staff horses frequently don’t take well to hunting from the back of the pack...and Pa Pa Da “is still a big, strong horse.”

Winants thinks he might enjoy some small dressage shows or a hunt that doesn’t do much jumping. But even if he ends up as a pasture mate in a member’s field, she and Dowling will always keep a close eye on his well-being.
“He’s such a nice horse,” Winants said, “that there will always be something he can do.”

Dowling agrees. “And we always have a say in what goes on. We’ll never lose track of him.” 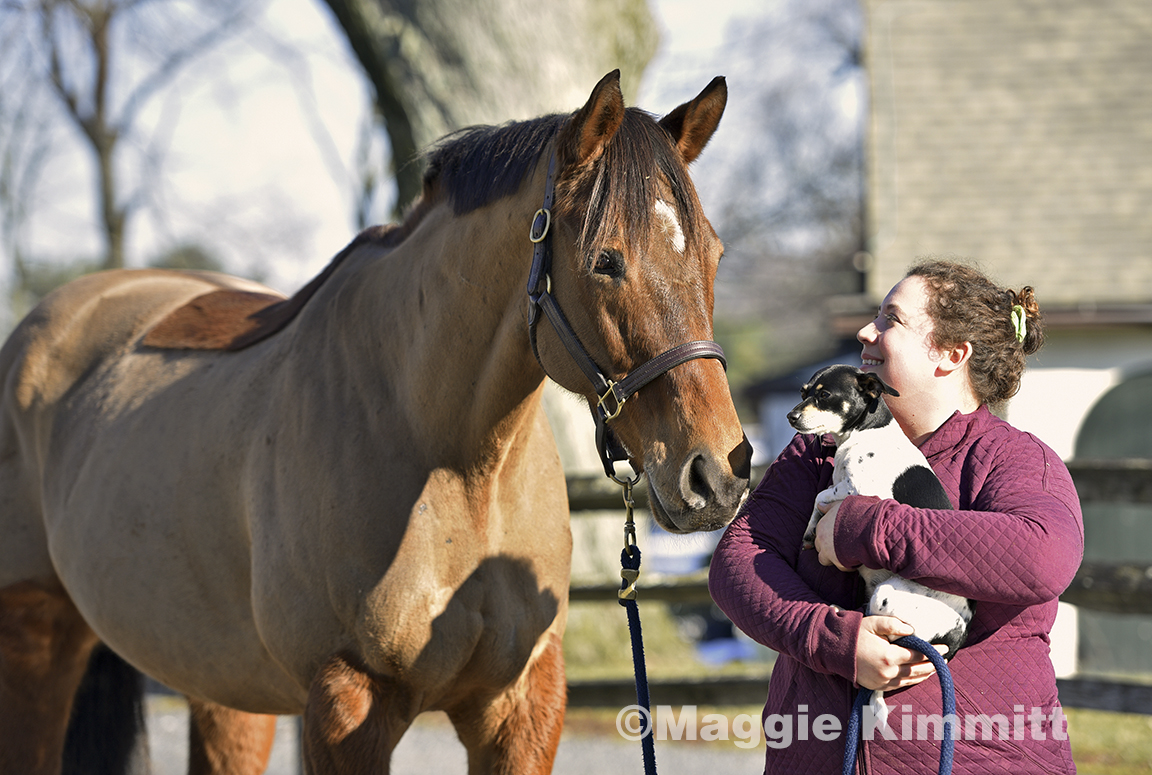