In any Thoroughbred word-association game, King T. Leatherbury will automatically elicit “Ben’s Cat” as the response. Leatherbury bred, owned and trained the nearly black gelding who became not only a Maryland legend, but a national treasure. 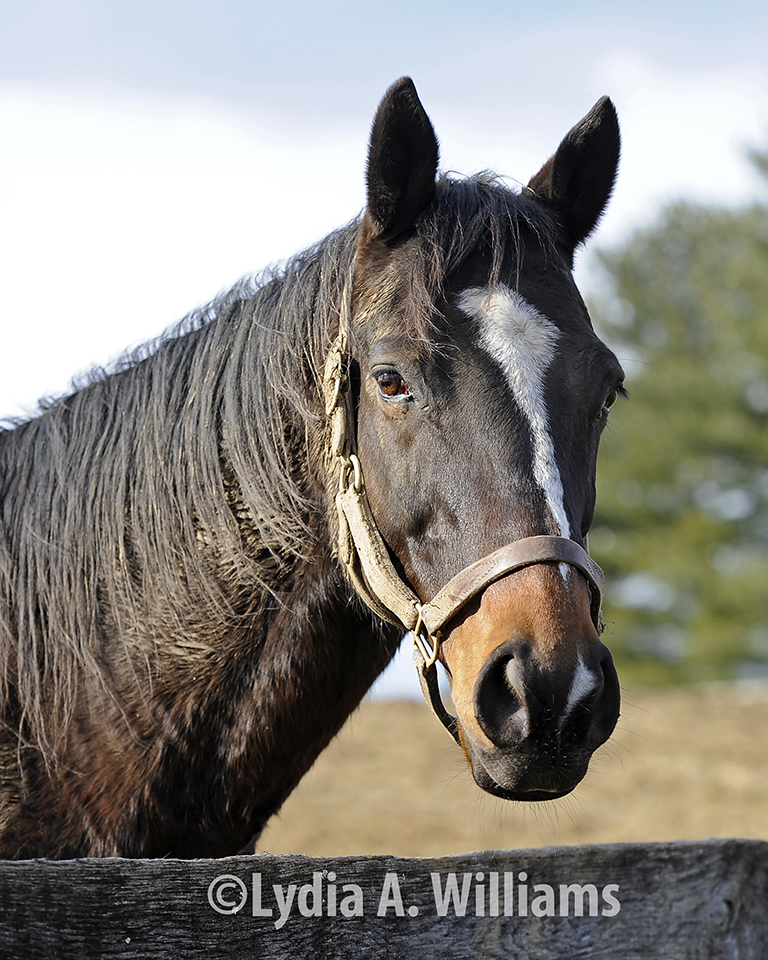 By the time Ben’s Cat was born, Ah Day was already a stakes winner. Carrying the familiar white and orange silks of Leatherbury’s The Jim Stable throughout his eight-season career, he earned black type 19 times; among his stakes wins were the Horatius, Red Legend, Federico Tesio, Deputed Testamony, Sonny Hine, Japan Racing Association and Fire Plug Stakes (twice). As a 3-year-old in 2006, Ah Day won seven of 15 starts (with four seconds).
He factored in graded stakes company in 2007, finishing second to Silver Wagon in Laurel’s General George-G2; third in Aqueduct’s Carter-G1; and second in the Churchill Downs-G2 on the Kentucky Derby undercard.
As a 6-year-old in 2009, Ah Day won Aqueduct’s Toboggan-G3 in last-to-first fashion after a seven-month layoff. 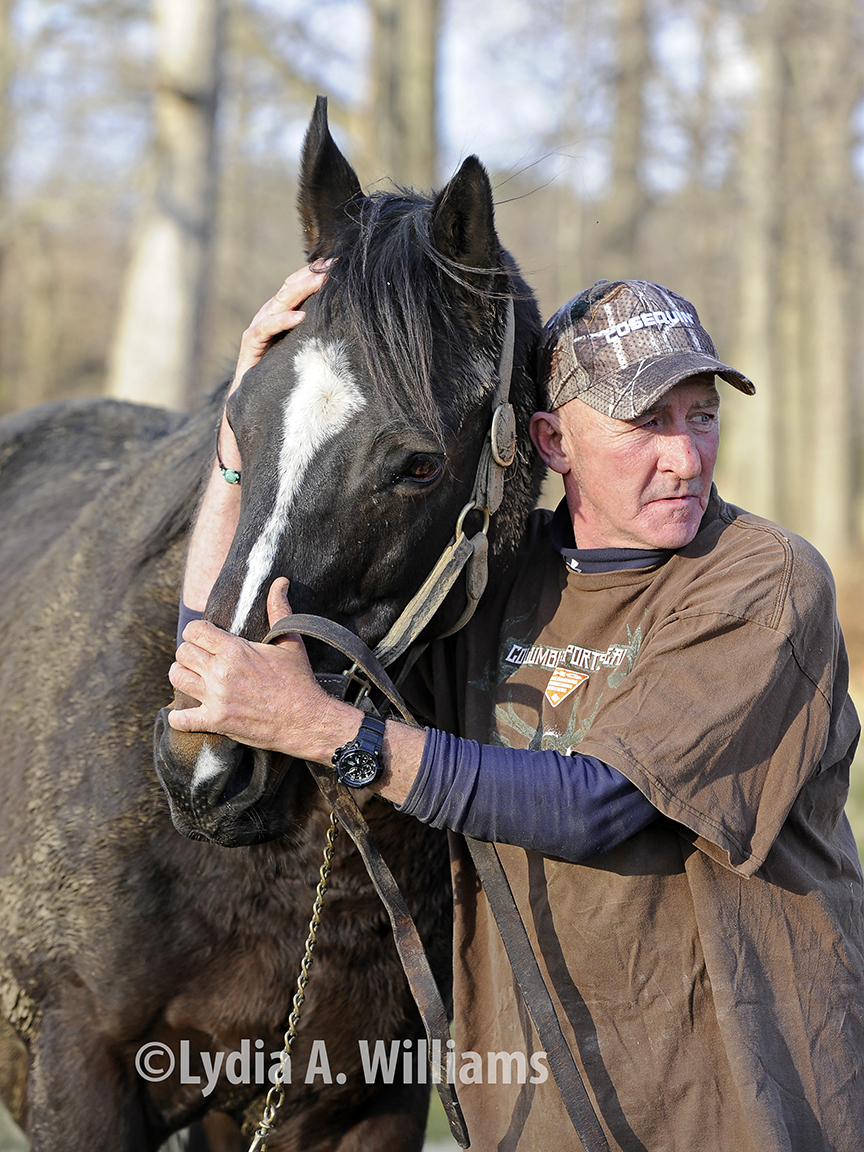 The two people who knew Ah Day and Ben’s Cat best were exercise rider Doug Leatherman and groom Fern Stokes Augusti. Leatherman, who galloped for King Leatherbury for 17 years, inherited the morning mount on Ah Day after the gelding came back after a break for bucked shins. Assistant trainer Avon Thorpe went through the barn’s roster of riders, most of whom Ah Day unceremoniously dispatched. Leatherman got the tag with to-the-point instructions from Thorpe.
“Look,” Thorpe said. “Go out there with this horse and you have to make him go.”
Leatherman figured Ah Day was still trying to get over the shins, or at least the mental part of the shins.
“He’s just probably afraid of going out there and galloping and getting hurt again,” he told Thorpe. “I will just try to make it as painless as possible.”
Leatherman got on Ah Day’s wavelength quickly, and their morning routine became familiar to the Laurel Park backstretch.
“He liked to stand on the horsepath. He’d stand midway down the hill on the chute and watch for a little while. It was almost like he would get his rockets going. And then once he decided to go, there was no stopping him. I mean I would be yelling to people, ‘Coming on! Coming on!’ When he got onto the track he would buck so hard for two or three strides, then he was done and was a wonderful gallop. He was really kind to come home on and everything. But that initial going out onto the track, when he was ready to go, nothing could stop him. He was like a freight train.” 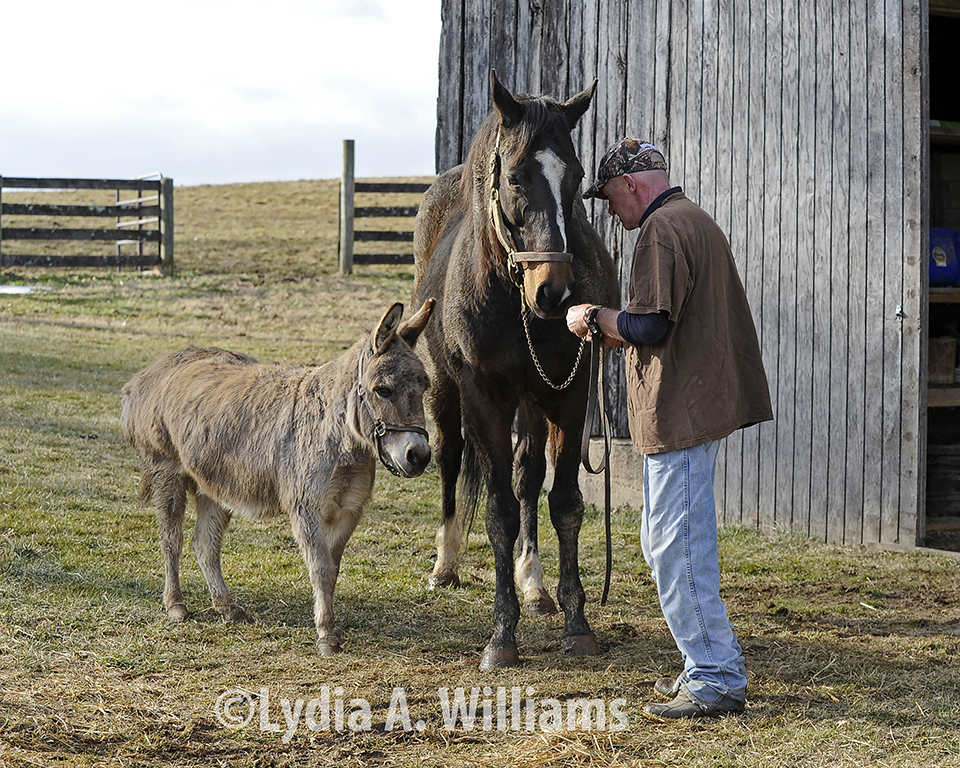 The freight train motored on until its final voyage at age 9 in an optional claimer Dec. 19, 2012, at Laurel. Back after a 15-month layoff, Ah Day ran for a $32,000 tag and finished fourth. An ankle injury would have necessitated another lengthy sabbatical, which at that point made no sense to any of his connections. Officially retired, he was nearly a millionaire; his resume boasted 44-14-8-5 and a bankroll of $921,574.
Leatherman approached Leatherbury about his future plans for the gelding.
“Could I have him?” Leatherman asked.
“Yes, but under one condition.”
“You name it, and I’ll do it.” 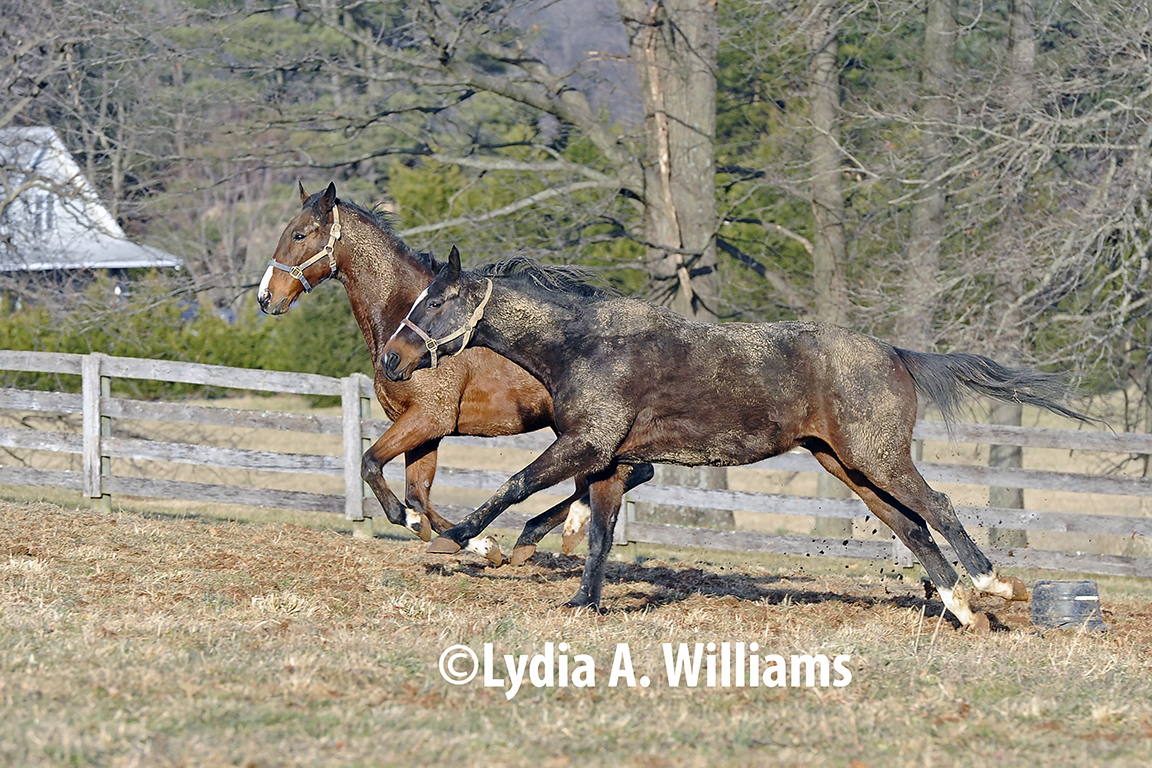 The trainer said Ah Day needed a year of turnout to heal, to recover from the rigors of a long career.
Leatherman, who ponies in the afternoons at the Maryland tracks, originally intended to remake Ah Day into one of his mounts. But the one-year break became two years, which became three years and so on. The horse lives with Leatherman’s retired pony Flaco (Jockey Club name Four Secrets) and donkey Mona on a farm close to Laurel which is part of Leatherman’s daily commute.
Two years ago, Leatherman finally decided to have a go at Ah Day’s retraining to life as a lead pony but the plan derailed when Leatherman suffered a heart attack. Ah Day was turned out, and Leatherman decided to make the horse’s retiree status permanent. 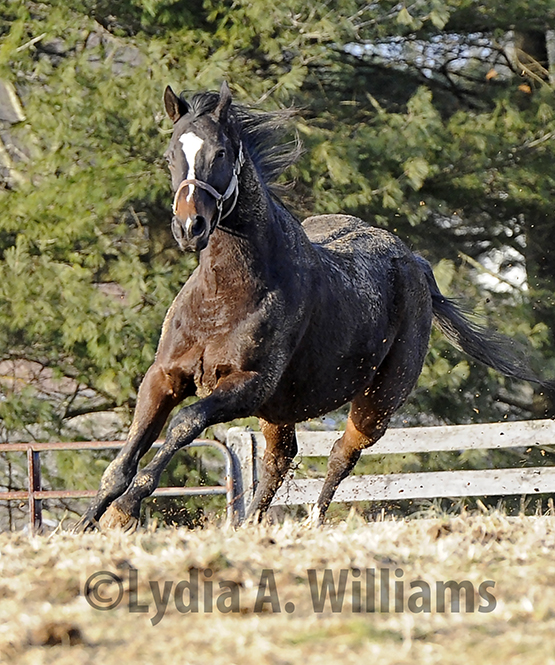 There were plenty of opinions and suggestions offered regarding what Leatherman should do with the horse – most of which involved moving him on to someone who could show him or repurpose him into a second career. Leatherman listened but never seriously considered the options. Like Flaco, Leatherman’s top pony for 13 years, Ah Day had paid his dues and didn’t owe anyone a thing.
“They [Ah Day, Flaco and Mona] have gotten such a bond that if they are out of each other’s sight for two seconds they have a hissy fit,” Leatherman said. “I can’t believe they have become that attached.”
And Ah Day as a pony – would he have made the grade?
“I think he would have been great. If they were a good racehorse, they tend to be good ponies. At the time he loved his career; he LOVED being at the racetrack. He adored Fern, who also rubbed Ben. To this day, she could come to the fence and call his name and he would come running.”
After Ah Day, Leatherman and Augusti rode the Ben’s Cat wave with Leatherbury, sharing the experience of a horse so accomplished and beloved that he made the leap to national treasure. Ask any one of them, however, and they’ll tell you there was always something inherently special about Ah Day. And it all started with two blue-collar mares.
“Just like Ben, everybody knew Day because he was a nice racehorse and everything,” Leatherman said. “And I’ve said it before and I’ll say it again – I thought when I was galloping Ah Day that I had kinda reached the pinnacle of my galloping career. When he made almost $1 million, I thought it doesn’t get any better than this. And then that little punky black horse Ben rolled up into the barn . . . and I was like ‘Ohhhh lordy me, whatta we got here?’ ” 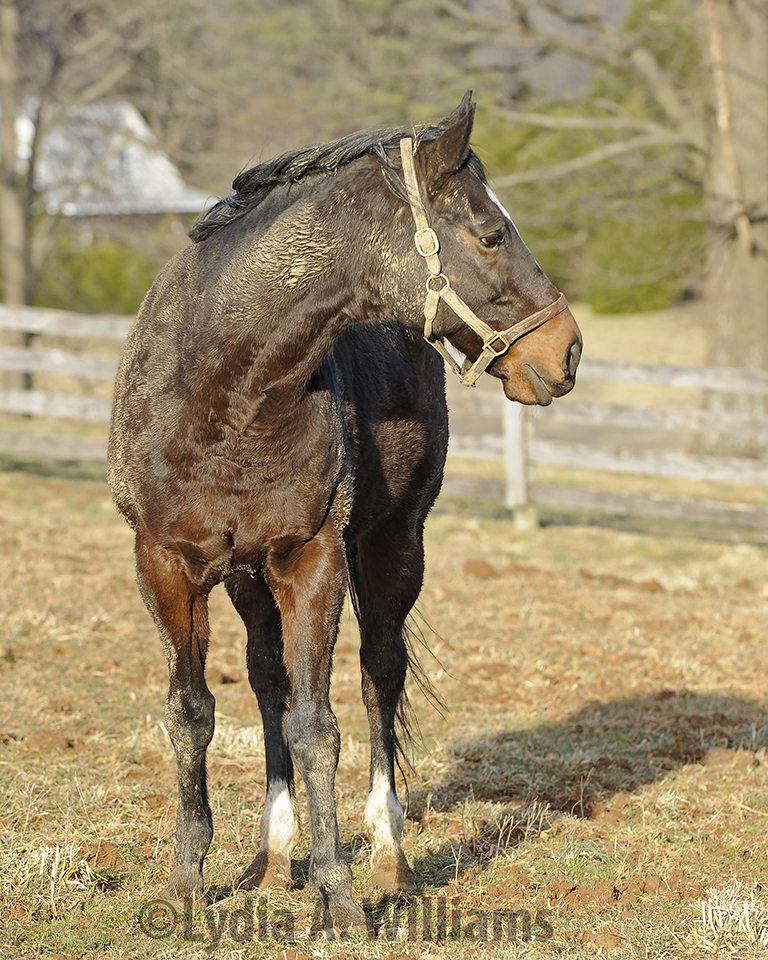