Billy Santoro can’t say enough about his best friend. Listening to the steady stream of superlatives, you end up wishing this guy could be your wingman too. Seriously, he’s the goods. “He’s the most wonderful friend a person ever had, and we have such a partnership. He has personality that can’t be beat; he makes you smile. He is all about fun every single day and is such an extraordinary individual. And he’s the best jumper I’ve ever sat on.” 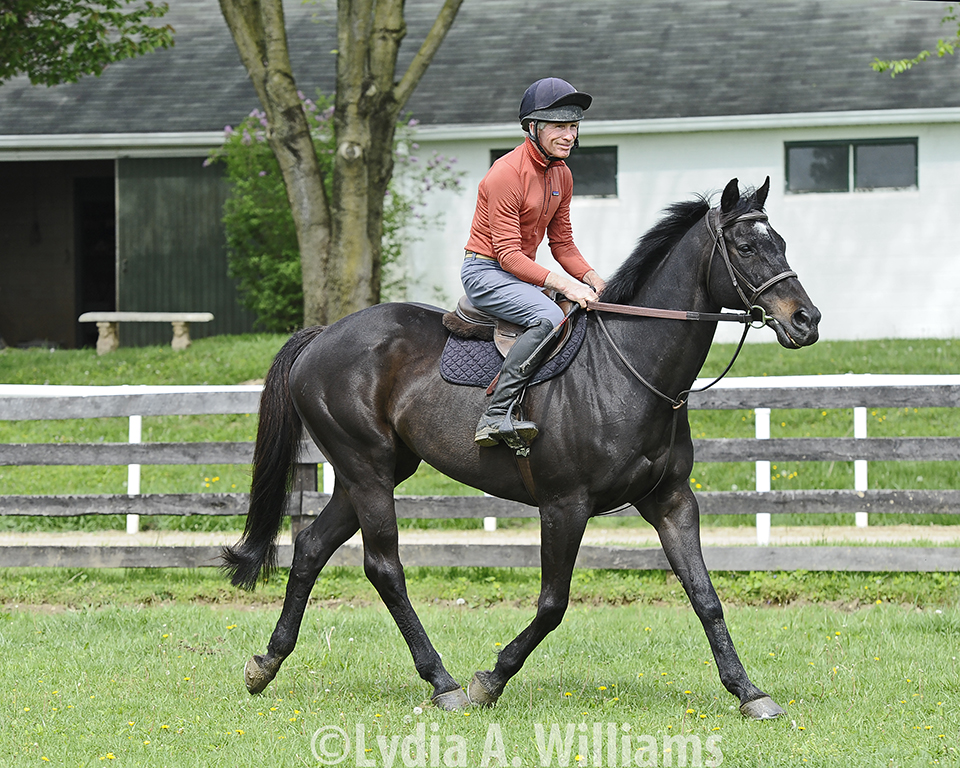 You really can’t blame Santoro and trainer Alicia Murphy for crowing about Grand National and Maryland Hunt Cup timber stakes winner Private Attack. Now 20, the dark bay New Jersey-bred gelding has been with them since Dan and Julie Colhoun of Sportsmans Hall sent him to Murphy 17 years ago.

It wasn’t by grand design. The son of the Nureyev stallion Private Interview out of the Red Attack mare Ruby Sunset was purchased as a polo pony prospect for Dan. But a few peculiarities shelved that plan early on.

“He belonged to a trainer at Charles Town, and his assistant inherited him. I don’t think he ever set foot on the racetrack,” Murphy said. “So he was sort of a half-broke, not very expensive horse.”

“He would not have made a great polo pony,” Santoro went on. “He will cross canter incessantly. . . all the time. It’s like riding a washing machine on spin cycle.”

Private Attack quickly added stumbling and bucking to his repertoire, frequently causing Murphy to groan out loud at the thought of riding him. But she also recognized the solid, budding kinship between the horse and Santoro.

“Private pretty much got handed over to Billy years back, but believe me, I did a lot early on with the stumbling and the bucking. It was like ‘NOOOOooooo, not again!’ So I spent a lot of time riding Private, but he and Billy did fall in love and become their own twosome.”

Murphy and Santoro soon discovered how much their new charge loved galloping cross country and jumping big fences. And there was no cross-canter, no stumble, no buck – Private Attack was all about having a good time.

The Colhouns employed limitless patience, fully trusting their trainers’ judgment and faith in their horse. 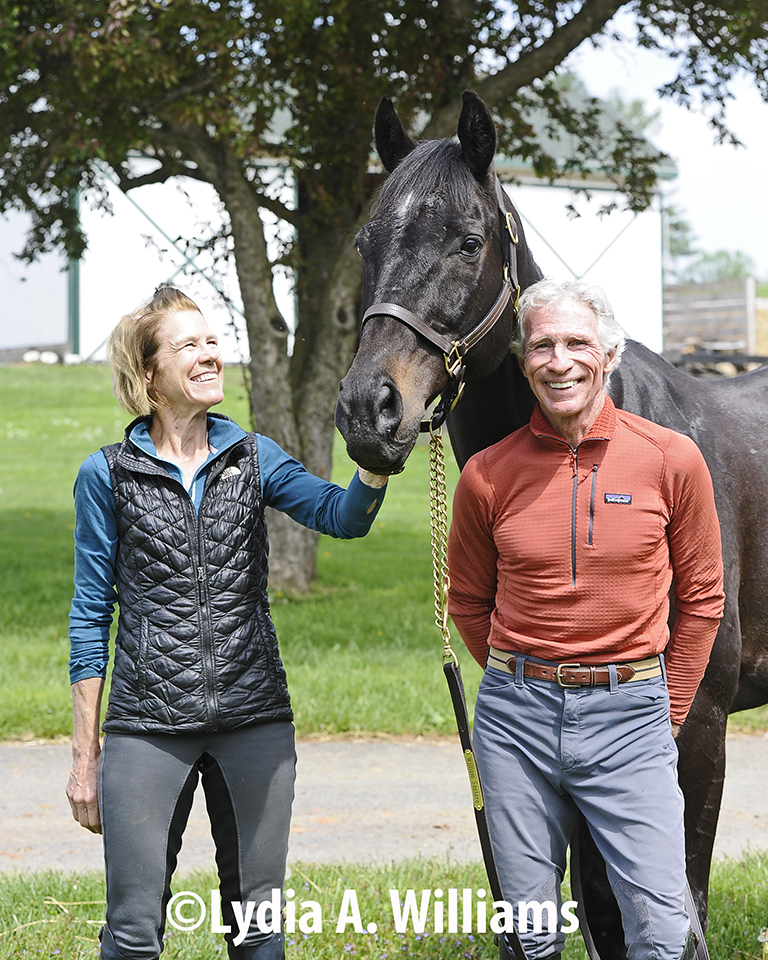 “They showed amazing loyalty and steadfastness to keep on plugging away,” said Murphy. “There was love from everyone towards Private.”

Beginning his career in a maiden race over hurdles at Fair Hill as a 4-year-old in 2003, Private Attack put up a race record peppered with DNF (did not finish) lines during his first four seasons. Buoyed by more successful outcomes at point-to-points, the connections – with Santoro most frequently in the saddle – kicked on. In 2007, Private Attack tackled the spring timber circuit, finishing second in an allowance on the Grand National undercard and a maiden special at Willowdale.

“Running and jumping was fun,” Santoro said. “The idea of winning a race hadn’t occurred to him until he sort of got taught that that was the thing to do.”

Murphy, Santoro and Private Attack kicked off the 2008 season with the gelding’s first sanctioned win in the Grand National at Butler, Md. It became his signature race. He ran in five consecutive renewals from 2008 through 2012 – winning again under Blythe Miller Davies in 2011 and finishing second in 2009, 2010 and 2012.

Retired from race riding after the 2009 season, Santoro kept the morning mount on Private Attack and remained his loudest cheerleader. He and Murphy had just cause to lose their voices when Miller and the horse followed up their 2011 Grand National triumph a week later in Glyndon with a 60-length score in the Maryland Hunt Cup to avenge defeats in 2009 and 2010.

Returning for just two starts in 2012, 13-year-old Private Attack finished second in the Grand National and fell at the 13th fence in the Maryland Hunt Cup. His team decided he had done enough. He headed into retirement with Murphy and Santoro with a resume of 30-3-8-1 and $133,250 earned.

“The Colhouns were very generous in allowing him to stay with us, because despite his happy carefree attitude, Private requires a lot of maintenance,” Murphy said. “He gets lymphangitis at the drop of a hat, whenever it’s wet out.”

“And as a daily procedure, all four of his legs are scrubbed with Betadine,” Santoro added. “He’s an object of love around here. He’s a marvelous, marvelous person.”

Still serious about his job, Private Attack serves as the schooling leader for horses who need one. If Murphy ends up with an odd set, Private Attack gets to gallop with them.

Foxhunting provides the greatest joy and passion for Santoro and his best pal. They go out with the Elkridge-Harford Hounds, not far from Prospect Farm, Santoro and Murphy’s home base in Monkton, Md.

“As brilliant a foxhunter as he is, there probably is one person out of 500 who would have enjoyed the experience much because he is so impossibly enthusiastic,” Santoro said. “There are very few people that I’ve put on him. Some young riders that are getting to the point where they’re starting their first timber races and things like that – I’ve put a few of them on him to have a school before they go to ride. He fills them with confidence because, even now at 20, he gives you a feeling that’s beyond belief.”

Santoro proudly pointed out that Private Attack is frequently asked to hunt up front.

“He is so brilliant out there that he is usually given that berth of honor, even when we visit other hunts.”

Blythe Miller Davies recently hunted Private Attack at Elkridge-Harford’s ladies-only day, the Vixen Chase. It was her first reunion with him since their Hunt Cup celebration in 2011.

“Joe Davies called and wanted to talk to me,” Santoro laughed. “He gets about four words out of his mouth and Blythe grabbed the phone and she couldn’t even speak – she’d had so much fun on Private.”

“With him, it’s a definite partnership. You and he make agreements, you don’t tell him what to do – you converse with him. That’s part of the rapport between Private and I. He’s all about fun and he just makes life that way.” 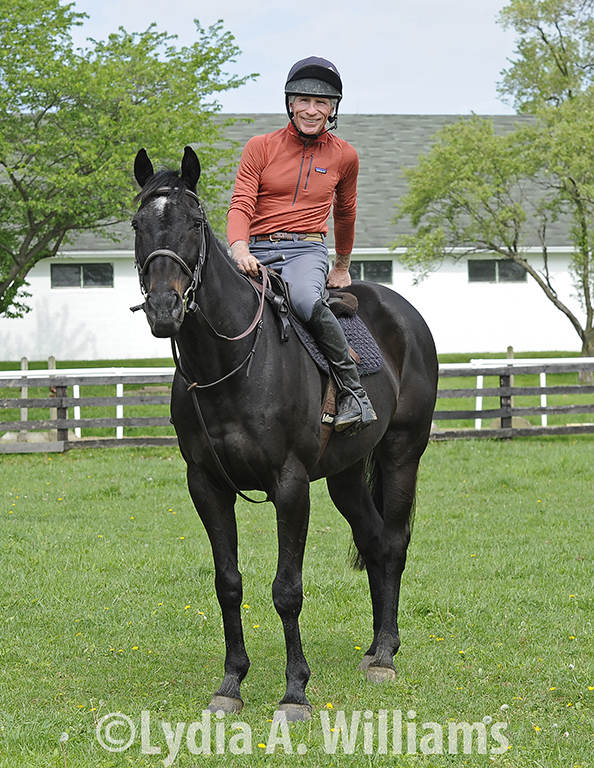 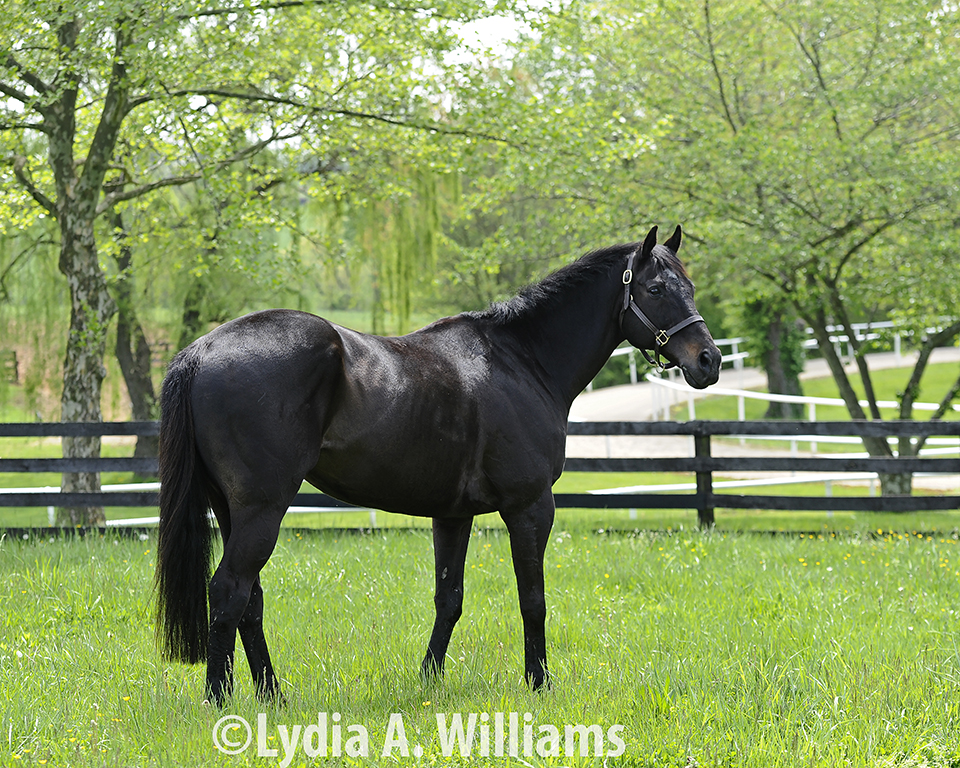